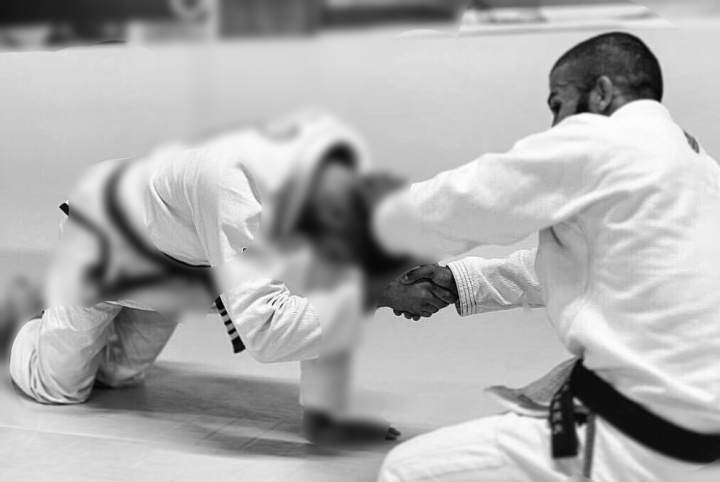 If you are training in a BJJ academy or have just joined a BJJ Academy, please take the time to look at these signs of cult behavior that you may have seen in your own BJJ academy. Some academies have some of these features and that’s not so bad. If your school has most of these features then you should be asking yourself some questions and think of what’s best for YOU.

First of all, what is a cult?

A cult is any group which employs mind control and deceptive recruiting techniques. A group or movement may be a cult if it acts in ways that are illegal, abusive or otherwise unacceptable in a civilized society.

Cults look great on the outside but on the inside they are rotten and very manipulating.

The best BJJ instructors  are open minded. They do not see their way as the only way and accept the fact that BJJ is a complex martial art that can be taken into hundreds of directions. In a cult -like group, your professor asks you to stick strictly to what is being teached, not allowing you to explore new BJJ techniques on your own.

The cult BJJ instructor is very dangerous because of the influence they have on the students. They have a cult like following when they seek  inappropriate loyalty from the students.  The students are fed a blown up or false story about the instructors accomplishment (it can be a having an unbeaten 400-0 fight record for example) or even having ‘mythical powers’.

3. Brainwashing and mind control over the students

Very often they have been instructed to act that way in front of the potentially new recruits.

5. The  instructor abuses of his influence to regularly receive free services from his students.

Real friendship takes time to build, but in this academy, you will make best friends right away. This is very attractive for those who are lonely and have no friends. If you disagree with them then you will lose those friends.

7. Your instructor and team mates begin to impose their will upon the rest of your life.

8. If you are instructed who you can or cannot talk to or associate with.

9. You are imposed a mandatory dress code

Most academies allow their students to come in whatever gi they have, whatever rashguard, pretty much anything that allows them to train, the goal being getting the session in, not looking fancy. There are some academies that specifically ask and require their members to buy the academy’s Gi, which usually comes at a high price.

10. Constantly asking for money for the next level.

Saying that they have to make people pay for it because otherwise they will not appreciate it. Pressure is placed on students to purchase academy products and services (pay for belt promotions, academy gis, privates, patches, seminars, DVD’s, etc). Sometimes it’s even mandatory.

11. Isolating members and penalizing them for leaving

12. Reacting violently to perceived acts of betrayal from students.

Physical and mental punishment is not uncommon in this BJJ academy…

How to avoid a BJJ cult?

You need to have a very strong BS Detector…
This means that you should do your research and examine the evidence about potentially false claims made by the instructor and members. BJJ is getting more and more popular which means more academies are around. So take your time when choosing one.

If you are stuck in cult like BJJ academy, then my advice is to get out ASAP and find a safer academy it will be better for you in the long run. You may lose some friends in the process but were they really your friends in the first place?

In this podcast episode Stephen Kesting and Steve Kwan from the 43rd minute talk about cult behavior in BJJ.

“I consider cults to be any organization that uses unscrupulous tactics to manipulate the members for the benefit of the founders or the people higher up in the chain.”

“People always tell you that jiu-jitsu builds character and makes you a better person. That is not true. Jiu-jitsu gives you confidence and makes you a bolder, more assertive version of the person that you already are. And whether that’s a good person or a bad person is up to you.”

“In a time when things are as uncertain as they have ever been in our lives, we crave certainty. If someone can promise you certainty in an uncertain time especially if they can confirm what deep down you’ve always believed to be true, you’re going to gravitate towards them and it shuts off part of your brain.”