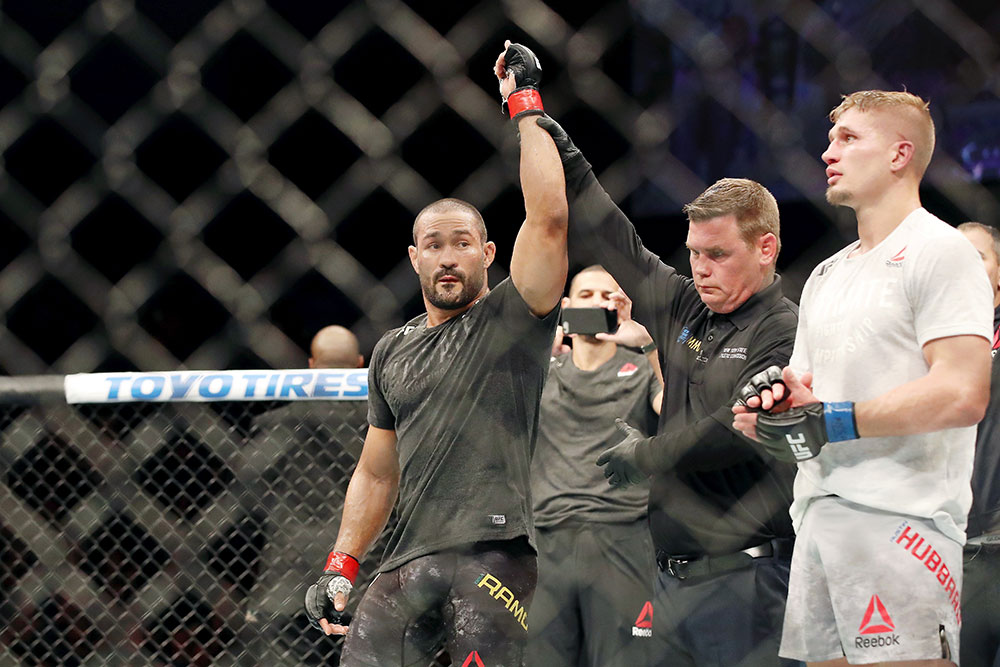 Davi Ramos my be just heating up but he’s still quite far, even in eyes of casuals, from challenging division champion Khabib Nurmagomedov.

Davi Ramos thought it would be great to challenge the champion following going 3 rounds with fresh UFC signee Austin Hubbard and securing a victory via referee’s decision.

After the fight Ramos said:

“I’m really disappointed in my performance. The fight is the fight – you can’t say much about that. You’re not doing the same thing at the gym that you’re doing in the cage. … But I can do much more than I showed in there. I want to finish the fight.”

“I don’t care about any guy. I’m a lightweight UFC fighter. Anyone the UFC puts against me, I have to fight. I’ve never chosen an opponent in my career. … One day, if it’s possible to fight against (lightweight champion) Khabib (Nurmagomedov), yeah, for sure. I really respect him – he’s a real warrior. But I want to test his wrestling against my jiu-jitsu.”