Counter a Stiff Arm with a Kneetap Takedown 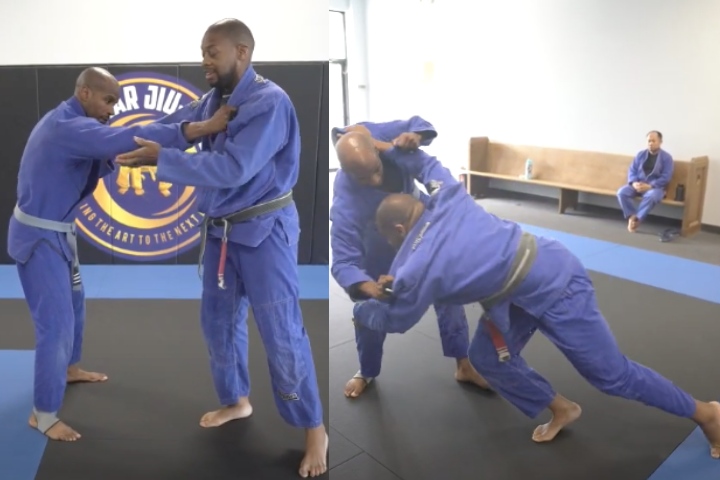 Fighting a stiff armed Judoka or BJJ player is one of the most annoying things you will encounter in training or competition. In competition a stiff armed /defensive Judoka is quickly penalized in which case they must attack OR they keep getting penalties until they are disqualified. Unfortunately in BJJ or Judo randori there is no referee and no penalties and this means some BJJ players and Judoka use stiff arming in a way not not be thrown.

If you have no knowledge of takedowns, which is a nice way of saying that you suck takedowns, you may want to look at this option.

Over the years, there have been so many matches that have been stalled up because both competitors have the same grip on the collar and sleeve on the feet.

In this video, you will see how to change the dynamics of that situation to create offensive options.

Here is a great set up for a kneetap takedown:

Here is another similar knee tap set up: