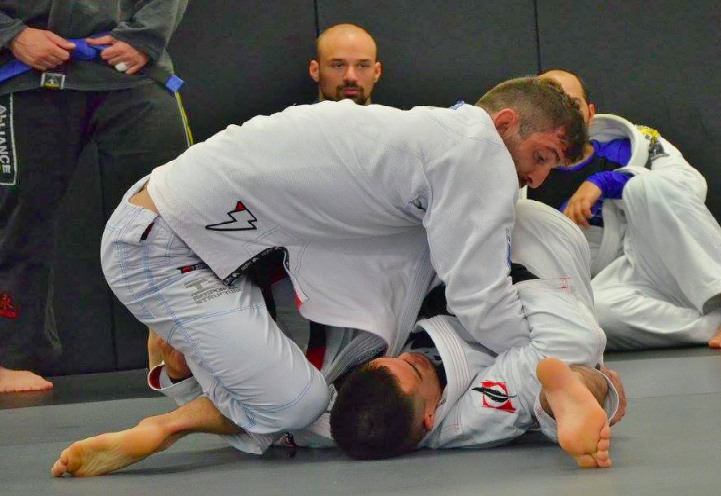 Guest post by Masafumi Matsumoto, a BJJ brown belt from Japan who has been travelling the world, training, competing and working as a translator. ‘Masa’ is known for having a very good guard, especially his spider guard.

I’ve got a little secret to tell you.

It’s about improving your BJJ skills.

But, before that…let me ask you something quickly.

If you want to be a good person, you probably should do to others what you want them to do to you, right?

As a general rule, this is probably the case.

Now, when it comes to grappling, however…

You must understand what your opponents don’t want you to do to them so you can do those exact things to them.

I’m not talking about eye gouging or biting or any of illegal moves. But, I’m talking about legit, clean, technical moves that are hard to resist.

Back to the little secret.

I love playing the guard, and I’m one of those flexible guard players. And I’m going to tell you what I hate dealing with when it comes to guard passing. So, if you keep these moves in mind and incorporate them into your guard passing game, I believe you will be able to improve your passing skills.

Don’t just take my word for it. I see top competitors using these moves against other top guard players.

So… check them out.

1. Keeping the low base If you watch how Lucas Lepri passes and pay attention to his base, you will notice how low his base is. He drops his hips like in a half squat position and keeps his thighs and upper body almost parallel to the ground.

With this way of taking the base, you can be just as stable as kneeling, but heavier (because you can use your whole body weight when you need to) and mobile enough to move from side to side (which is another move/strategy I will mention below).

It’s very hard to play the DLR/RDLR or spider guard against this low base, as you can see in the Lepri vs. Satoshi match at Worlds 2014, for example. And Satoshi is an excellent guard player as we know. Leandro Lo is a great example of relentless guard passing. If you’re going to take this approach, make sure to disrupt the guard player’s patterns so you can be step ahead of the guard player.

If you want to bring your guard passing skills to the next level, you will need to learn to be able to attack on both sides. It doesn’t necessarily mean you have to do the same pass on both sides (although it is ideal if you can do that). It means you must have passes you can use on the left side and passes you can do on the right side.

Lucas Lepri, for example, goes often goes for the knee slide on his left side, and when the guard player is busy defending that side, Lucas switches to another pass and attack from the other side.

Or think of Leandro Lo. He doesn’t relentlessly keep trying to pass on one side, but he mixes it up and switch from one side to the other. He even does a 270 degree turn after he goes for toreando and his opponent tries to create some distance by hip escape (i.e. initiating his attack from his left side, and ends up taking the side control on his right side viewed from his starting position). This can be really confusing to the guard player.

These passes may be considered as somewhat classic, but if I have to identify a series of passes that are really hard to resist, I’ll name these passes.

A nightmare for flexible guard players if you do these moves right, because these moves often change the whole scenario into their legs vs. your whole body.

You need to be patient and methodical so you can leave as little gap as possible, and it can be great news if you want to play slowly.

Bernardo Faria and Murilo Santana are great examples of this approach, but even if you’re a smaller player, it’s worth paying attention and learning this type of guard passes, because these passes are great against the kind of guards light weight players tend to use (DLR/RDLR and spider guard etc.).

Try and practice these moves and see how they work against the guard players at your gym. Your guard passing skills will probably improve, but, be careful, your guard playing friends might start hating you!