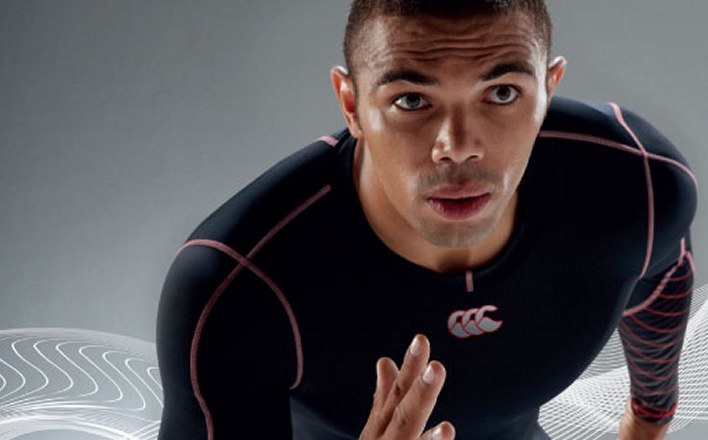 To be the best, athletes are always searching for a competitive edge on and off the playing field. A new study by William Kraemer, professor of kinesiology in the Neag School of Education, shows that wearing a full-body compression suit is one way athletes can improve their performance even while they rest.

Known as “recovery wear,” these high-tech garments are engineered to contour to the body using strategic compression in order to help tired and worn muscles heal more quickly.The garments are specifically designed to hug areas of soft tissue (quadriceps, calf muscles, and upper body muscles) that can be damaged during a rigorous workout or athletic activity. The flexible, tight-fitting fabric helps repair soft tissues by immobilizing muscle fibers to decrease swelling and regulate fluid buildup inside the body. Researchers say that such stabilization of muscles and joints rejuvenates the body better than traditional methods involving icing and rest alone.

The garments work best when they are worn directly after exercise. In this study subjects wore the suits for 24 hours after a workout. Since the suits are both lightweight and comfortable, it is possible to wear them under clothing and while sleeping, when the body does most of its repairing.

Each athlete wore his assigned garment continuously for 24 hours after performing a series of circuits that were used to imitate a rugby game. The garments were removed after the 24 hour recovery period, at which point each athlete performed a 40 meter repeated sprint test (10 sprints at 30 second intervals). This was then followed by a 3 kilometer run, 10 minutes later. A week later, the assigned groups were reversed, and testing was performed again.2

The results of the study revealed that when players wore the compressive garment their time in the 3 km run was slightly decreased, and their sprint times also improved. Additionally, the fatigue times were also reduced during the repeated sprint test when wearing the compressive garment. Another result that occurred when the compression garment was worn was that delayed onset muscle soreness (DOMS) was significantly lower. The mechanism behind the improved performance from the compression garments still remains unclear, but a theory is that wearing these garments post-exercise acts to increase blood flow, which may enhance arterial muscle blood flow and result in improved recovery.3