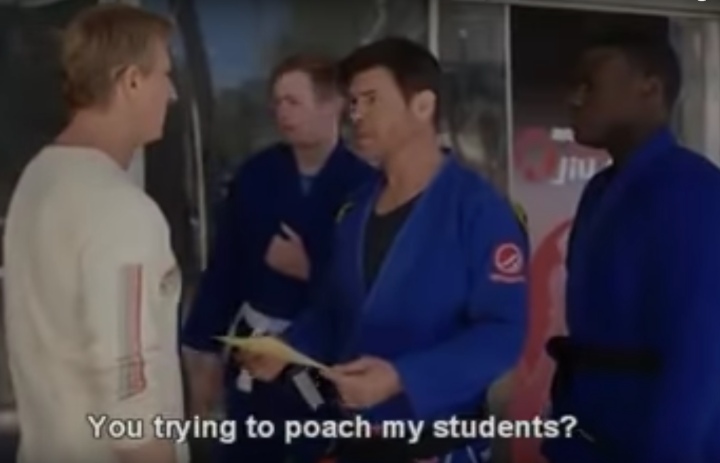 Here is an interesting deleted scene from the hit TV series Karate Kid, which is a sequel to the legendary movie from the 90’s.

Cobra Kai is set 34 years after the original Karate Kid film, when a middle-aged Johnny Lawrence reopens the Cobra Kai karate dojo and rebuilds his old rivalry with Daniel LaRusso.

In this scene, the Karate instructor goes to hand out flyers in front of a BJJ academy, trying to poach students. When he is confronted by “Master Todd”, the BJJ instructor, a fight almost breaks out.