Chute Boxe & Brazilian Top Team Founders: ‘It’s Hard To See One Team Dominating The Sport Like We Did’ 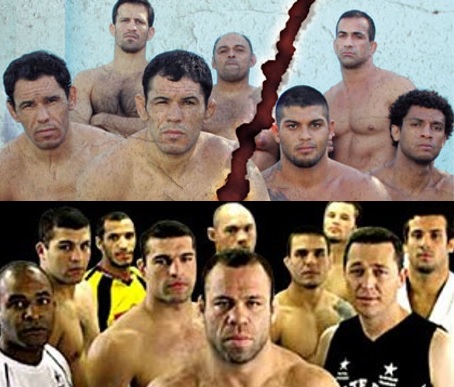 Chute box vs BTT was the big rivalry of MMA during Pride days and even before with Vale Tudo fights in Brazil.

Now in 2014, Rodrigo “Minotauro” Nogueira and Vitor Belfort, who became Pride and UFC champions between 2001 and 2004, are no longer part of the Brazilian Top Team. Wanderlei Silva, Mauricio “Shogun” Rua, Jean Silva and Murilo “Ninja” Rua, who won titles at Pride, Cage Rage and EliteXC from 2001 to 2007, left Chute Boxe and created their own teams. 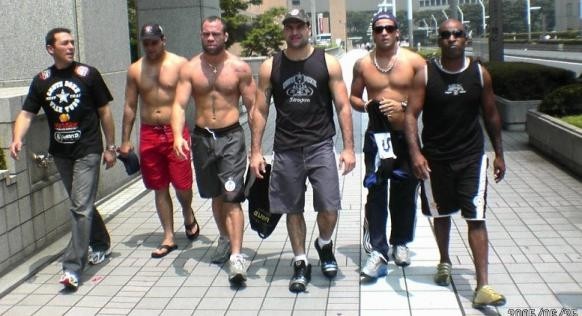 Chute Boxe back in the day

There are now 22 Chute Boxe academies in Brazil, and 10 BTT affiliates. BTT has another 15 overseas. But with over 400 fighters under contract in the UFC, only two are from Chute Boxe. BTT currently has none, although it had three in 2013.

Guilherme Cruz for MMA Fighting, spoke with Fedrigo and Bustamente, who still lead their respective teams, about their current situation:

“It’s hard to do something like that today,” Bustamante told MMAFighting.com. “There are great fighters and teams everywhere, so it’s hard to see one team dominating the sport like we did. You can’t compare (soccer players) Neymar with Garrincha and Pele. We were the generation that built this market; we were fighting before the UFC was even created.”

“This sport is becoming more and more competitive, with teams all over the world,” he said. “So it’s hard to build a generation like that.”

“Chute Boxe is a huge team, with gyms all over Brazil,” said Fedrigo. “We have athletes fighting every weekend, and I’m happy to see out them getting bigger. Here in Curitiba we have 5,000 students. We don’t work only with professional athletes, we’re also a martial arts school”

Like his perennial rival, Bustamante too is still running a tremendous team.

“We won the majority of our fights here in Brazil,” he said. “Our base is jiu-jitsu, but we are constantly working on the other areas, as well. I just sent four of our athletes to Thailand to train Muay Thai. There are a lot of great talents coming up, and they’re doing great on the challenges we are taking here.”

The fact that BTT and Chute Boxe are no longer the top teams in MMA takes away nothing from their legacy.

Many of the top fighters have moved on to generate major teams of their own. Team Nogueira for example now has 80 member academies worldwide.

“The athletes that left the team are the ones that we built,” said Bustamante. “They were unknown when they got here, and left with a name. We’ve been doing that work for years.”

“A traditional team like Chute Boxe will always have periods like that, that’s normal,” he said. “I’m very happy to see fighters that learned everything from us, that have Chute Boxe in their DNA, became great professionals.”