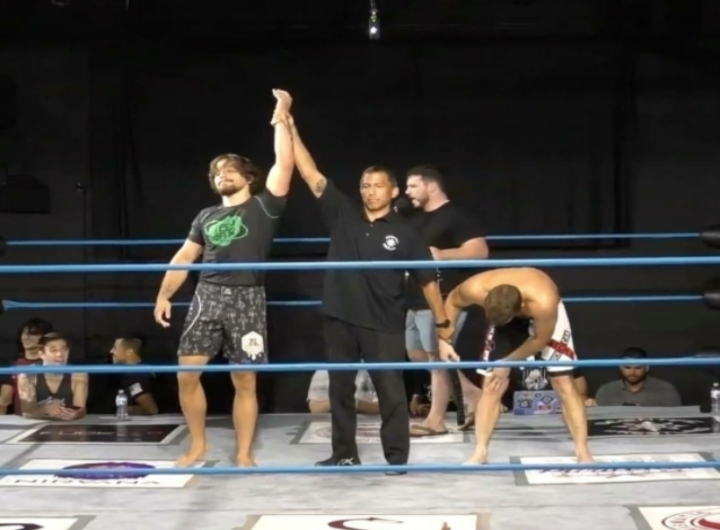 Curran Jacobs, the ‘Catch Wrestling world champion’ who has been aggressively asking to face 3x ADCC champion Gordon Ryan in a grappling match, lost a grappling superfight last weekend at the Sapateiro Invitational. This was the first Catch Wrestling world title defense in over 100 years with a match between Curran Jacobs who captured the title in 2018 and hadn’t defended since then and 10th Planet standout Quentin Pablo Rosenzweig.

Jacobs has openly called himself the best grappler inthe world, despite never having even qualified for an ADCC, which is considered the world cup of submission grappling.

Gordon Ryan jumped on the occasion to poke fun at Jacobs for losing so easily to Rosenzweig, who is a great grappler but nowhere near as good as Ryan, after talking so much about his abilities:

“I just want to take a minute and say that for years there was this dork who calls himself a catch wrestler, who has been calling me out for a match.
Tonight he put on the worst display of grappling that i think ive ever seen. He had a 2 round match where he was quickly triangled in i believe under 2 minutes and then knee barred in under 30 seconds.
For years ive been harrassed by him and his fan boys about how he would crush me and i actually agreed to a match, but no promotion would make it happen because no one knows who he is. After this, i can take this all as nothing but a complete joke. @curran_jacobs do yourself a favor a stfu. You just got subbed like a white belt by a guy who doesnt even break the top 1000 in his weight class. Make it through a beginners class before saying my name again. the world thanks you @starlordbjj for putting this together. 😂”

Check out the match:

A quick reminder of the past between Jacobs and Ryan:

When you are a champion, you are sure to receive many challenges from all corners.

Gordon Ryan has been interacting more and more with his fans. Ryan revealed he is now very confident in his stand up – in fact so confident he believes he could beat anyone in this ruleset: 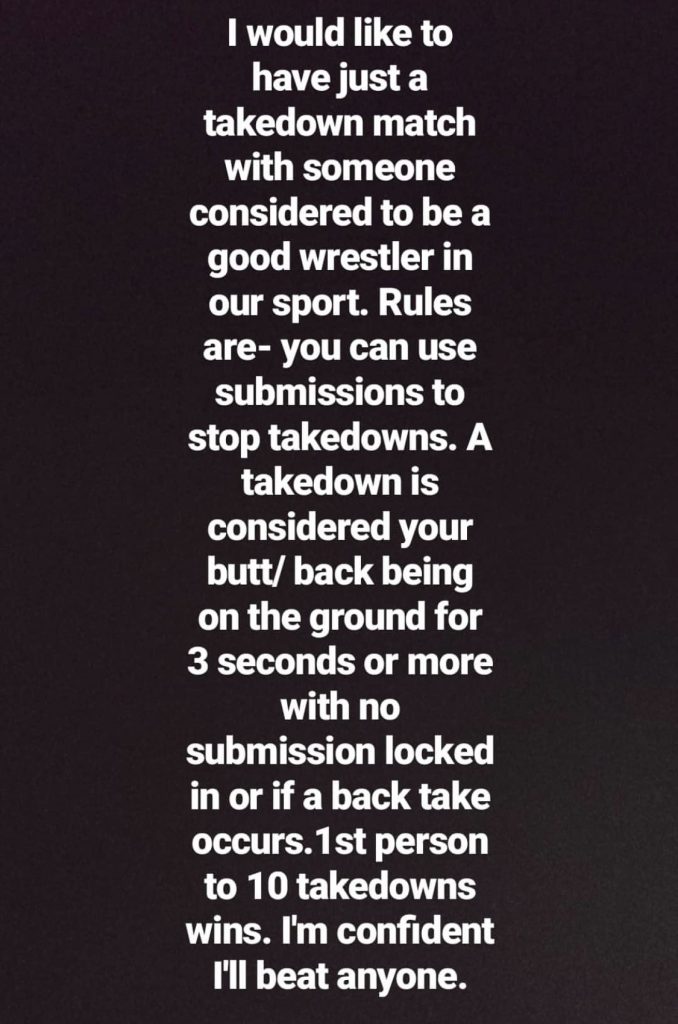 His challenge was answered by Curran Jacobs who is the 2017 World Catch wrestling champion, and former Michigan State Spartans’ team captain and has recently called out Barnett stating that he has never even competed in Catch Wrestling and that he is all hype:

Curran has been chasing Ryan all over social media and eventually got an answer from Ryan:

You said “you’d do it” @gordonlovesjiujitsu I’ll be waiting. #cwworldchampion

Curran after not getting an immediate answer accused Ryan of backing out.

Ryan eventually answered that Curran should find a promoter who would pay….