Catch Wrestling Mixed with Voodoo in the Congo 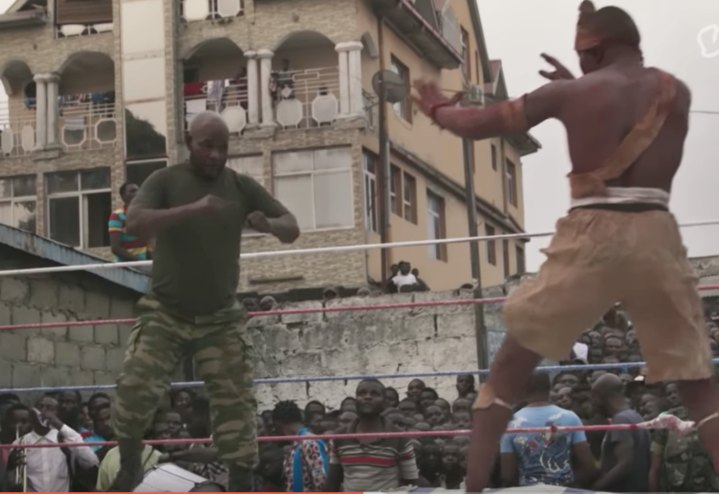 Wrestling is the world’s oldest sport. Every country in the world has their own type of Wrestling.

Wrestling first made an appearance in primitive cave drawings as far back as 15,000 years ago.

Today, wrestling is highly developed around the world and has countless variations: Freestyle, folkstyle, Greco Roman, Catch , Luta Libre etc… Wrestling is arguably the most important base sport for MMA.

Wrestling has been popular in Africa since ancient times. It is a cultural phenomenon and also mainly an exercise to stay physically fit.

Vice made an interesting documentary on Catch Wrestling in Congo which is mixed with Voodoo.

What is the most intriguing subculture that exists on the fringes of professional wrestling? In war-torn Congo, traditional wrestling moves, ancient religious practices and Juju ‘black magic’ combine to create one of the most bizarre genres of wrestling in the world.

In this episode of THE WRESTLERS, Damian Abraham, vocalist in hardcore band Fucked Up, is invited to an audience with La Reine Shakira, a prominent ‘witch catch wrestler’, for a demonstration of her black magic.