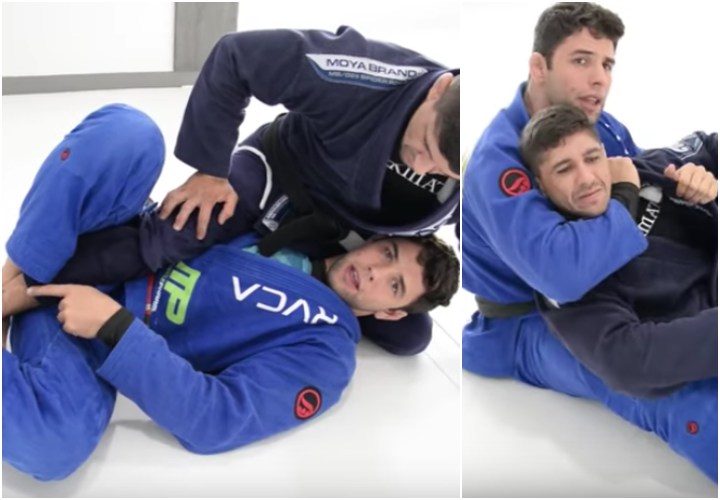 Back in the day, half guard was seen as a position that was halfway to mount or halfway back to guard, very transitional. The last thing that it was thought of was its own position with countless advantages. Today’s perspectives on half guard has not only taken a 180 degree turn, but it is now realized that in some circumstances, this position is superior to the classic full guard.

Most of us have been there, your opponent has such a large girth, that crossing your legs to close the guard becomes a challenge in itself. This is where playing half guard is smart. No matter what the size of your opponent, it is just easier to wrap around one leg then the whole torso. Keeping with the size difference theme, being able to stay on your side and maneuver to a back take or to a sweeping series is definitely easier then being flat on your back in full guard against a larger opponent. Especially when you take into account the lockdown, deep half guard and the knee shield being at your disposal.

The deep half guard is a position used by some of the world’s best BJJ fighters such as Bernardo Faria, Jeff Glover, Ryan Hall, and the winningest BJJ competitor of all time, Marcus Buchecha Almeida.

Why is the deep half guard is so effective in BJJ

When you have your opponent in a deep half, you have so many sweep and back take options. You also do not carry the weight of your opponent.

In this video off of his new instructional series “The Buchecha Half Guard.“, Buchecha teaches how to back take from the deep half guard.

Marcus “Buchecha” Almeida Shares With BJJ Fanatics His Complete Library of His Best Position: Half Guard.

Learn the complete half guard system of Marcus “Buchecha” Almeida.
Buchecha is an 11-time World IBJJF Champion, the most of any fighter ever.
These moves work for any fighter, including against people bigger, stronger, and younger. 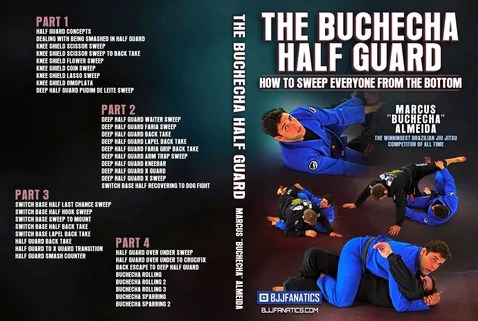