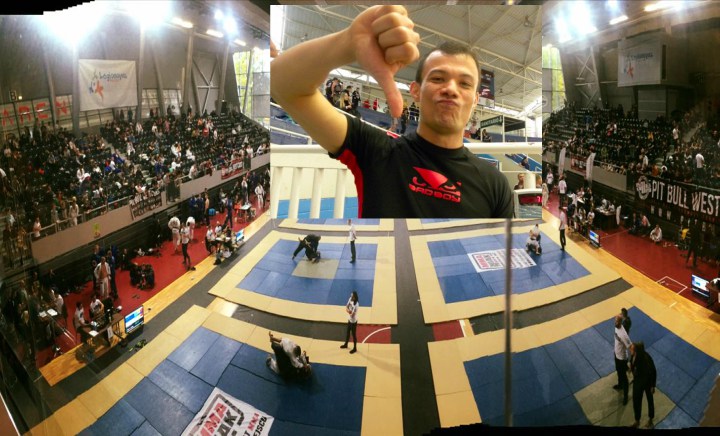 One of the biggest tournaments in Europe with over 1,500 competitors and 2 days long, the Polish BJJ nationals is a huge success that is only open for Polish citizens.

Everybody in Poland seems happy to compete in it except for Romulo Caliri, a Brazilian BJJ instructor who lives in Poland. For him, it is strange that this competition be only open for Polish citizens and not for Brazilians such as himself or other foreigners.

There are many other BJJ tournaments in Poland which welcome foreigners and there is even a IBJJF Poznan Open organized every year.

Poland is one of the top countries in Europe when it comes to BJJ, with many BJJ academies around the country and a massive 250 Polish black belts, according to Grapplerinfo.pl .

There are also some big BJJ stars such as Adam Wardzinski who is ranked as one of the best black belt competitors in the world.

Romulo Caliri in the white Gi: 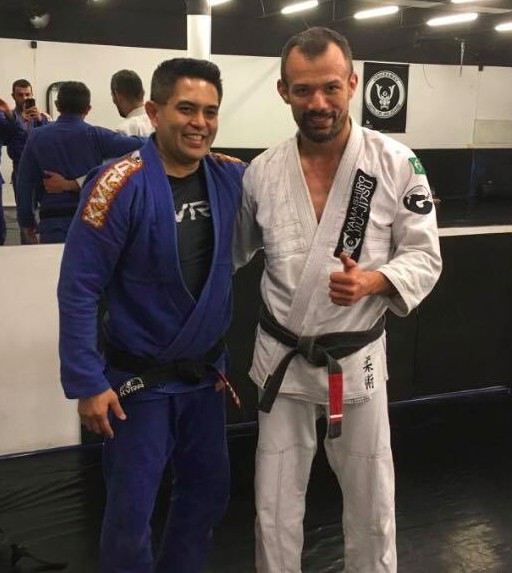 He wrote BJJEE, and asked us to publish his complaint.

I’ve thought for a long time if I could express my opinion for this controversial topic and decided to expose myself to the situation: only Polish citizens can compete on the National Tournament.

I’ve been living in Poland for 4 years and passed by the same situation on my first year living here when there were almost no Brazilian folks living here. Recently, a Brazilian student, who has moved to Bydgoszcz less than a year ago, has become also a close friend…and I see him facing the same biased situation. It’s revolting to see how closed in their world people can be. There is no better feeling for a foreigner than feel welcomed in a country that’s not his/hers….and only when you’re in someone else shoes you will be able to understand it.

Maybe it’s hard for me to understand because I’m Brazilian, I come from a multi-cultural country where you can see all folks around the world (yes, there are Poles (and descendants) there who fled due to the European wars). If “Mistrzoswa Polska tylko dla Polaków” (National Polish only for Poles) is true, then I could never be part of the referee staff…..as I’m not a Polish citizen.
Jiu-Jitsu doesn’t distinguish the color of your passport. Jiu-Jitsu is to everyone. Oss.

Check out the highlight of last year’s tournament.