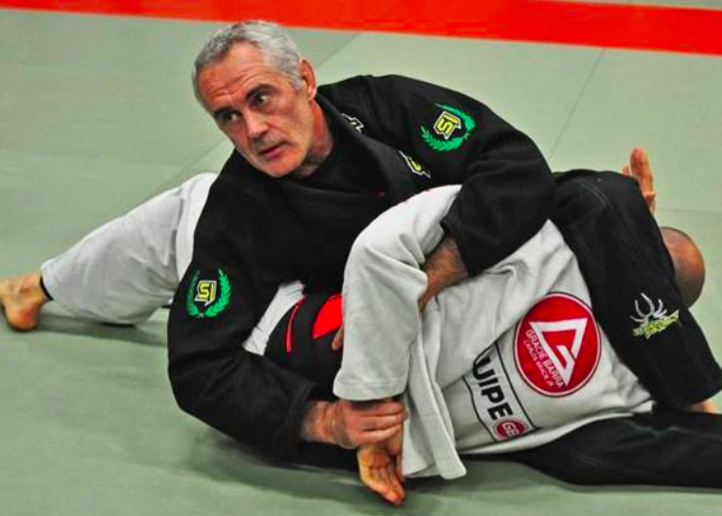 Gael Coadic, founder of Gracie Barra Fox Team, is one of the pioneers of BJJ in Europe and a 3rd degree BJJ black belt, with a lifetime of practice in various martial arts. He was part the French Jiu-Jitsu team that competed in the first ever Mundial in Brazil in 1996. The team consisted of Eric Lavigne , Daniel Quoniam, Gaël Coadic, Eric Melun, Gilles Arsène, Christian Derval (RIP) Aziz Cherigui and Guy Mialot. All of them are today BJJ black belts but back in 1996, they were still beginners having only encountered BJJ the year before in 1995 during Rickson Gracie’s seminar in Paris.
They bravely accepted the challenge of competing at the Mundials without knowing really what to expect. All were beginners in BJJ. Some had black belts in other martial arts like Judo or Karate and were told to compete at black belt or brown belt. They were matched against such legends as Fabio Gurgel, Renato Barroso etc…

Gael wrote a piece which highlights some of the disrespectful attitudes of Jiu-Jitsu practitioners nowadays:

20 years ago I was preparing to go compete in Brazil and Japan. 19 years ago I opened the first BJJ and MMA academy BJJ in Paris, France and was created ‘Bugei’ tournaments which were using similar rules as MMA. 3 years later I organized the first of the 7 editions of the Paris Grappling Opens. 10 years ago, I was started the National Grappling Committee. I now look back on all of this. The BJJ community as a whole, disappoints me more and more. When I left to train and compete in Brazil 20 years ago at the first edition of the Mundials, we knew nothing about BJJ and began learning on site in Rio. Like many, what led us to the practice Jiu-Jitsu, was the vision of Royce Gracie in the cage of UFC 1 showing us all the effectiveness in real combat, self-defense or Vale Tudo.

Judo has often been criticised for what it has become and yet BJJ is taking the same path! Today “championitis” has taken over the academies where I often see young people who feel they know more about BJJ than their elders. A beautiful purple belt, a beautiful medal at NAGA and now you think that you are the king of the world; we look down on lower belts and we think we’re the best because a black belt wasn’t able to make you “tap”. Maybe, he was just rolling light and wanted to make you work a little…

“BJJ is the superior art”

But the arrogance does not stop there! Many think that BJJ is the ultimate art, the superior art; that the other combat sports are sh*t in comparison. BJJ is the martial art where the belt are the hardest to get. It took me 5 years to get a black belt in Judo (even less for the others) and 10 years for my balk belt in BJJ. This should not make us believe that black belts in other disciplines do not deserve respect!

On the other hand, BJJ should not just be about competition. I have some great champions in my team and my team has won many medals, but competitors account for only 5-10% of my students. Does that men that the non competitors are not important? I have competed from the age of 12 to 56 years, and yet I do not think this is an obligation for all. Enjoying what you do seems to be the essential factor in practicing a martial art.

Those who criticize today will one day not be competing anymore. All that is lacking humility and respect. Nearly 45 years of practice, including 20 in BJJ, but when I arrive in an academy, it is not my experience that that people are trying to pull, but my head and my arms! I am 56 years old and I am all broken everywhere, so when I get on the mat it is to have fun and share! No to go to war …

I practice other martial arts and do not I see this type of behavior anywhere else. Some values ​​are unknown in most BJJ academies. It is probably the fault of some teachers. If we want to develop our art, this is also an aspect that we must work on. Many teachers are sectarian; meaning that they don’t encourage sharing, cross training, training among academies and they want to keep their secret techniques.
It is for these reasons that this year I enrolled in … Judo!
Osu