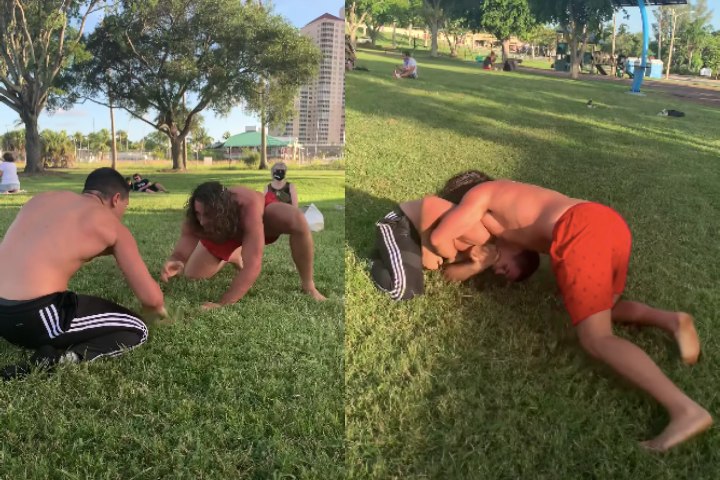 With the numerous restrictions worldwide, it seems like many grapplers are desperate to train, so why not just take it outdoors?

In this video, we see a BJJ blue belt grappling a Wrestler in the park.

Wrestlers are universally known as being some of the most hardcore athletes on earth. It takes a huge amount of hard work and perseverance to be successful in wrestling. The difference, between wrestling and BJJ, is that wrestlers work hard to take their opponents down and maintain a top position. This is why explosive power is considered to be an asset in wrestling, much more than in BJJ.

Another similar challenge but this time between a BJJ black belt and a Wrestler: 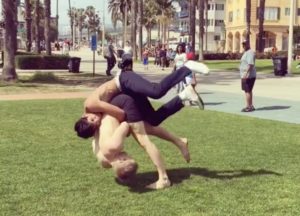