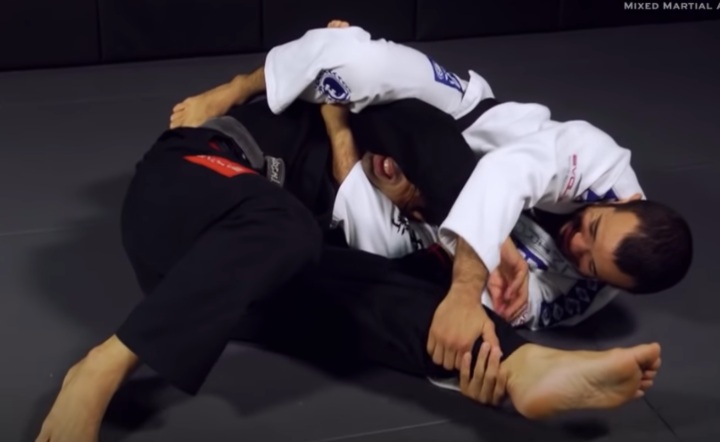 The art of Brazilian jiu jitsu experiences an ongoing boom lately, the numbers of practitioners is constantly growing. In some parts of the world more than in other parts, but overall the numbers are constantly raising. Brazilian Jiu Jitsu is mostly popular because of its effectiveness as a martial arts system, closely followed by its benefits for the body, mind and fun factor while practice it or competing in it. The downside of this beautiful and complex art is that you have to deeply study it and you have to spend a lot of time, not just hours, weeks or months, you have to spend decades to fully master this art if this is even possible.

Because of its complexity, almost non limitless variations of techniques and their applications, and it’s ever evolving and adopting characteristics it could be very frustrating in times trying to learn and master this grappling focused martial art.

You see a lot of bad teaching habits, a lack of no concept in teaching, no training-programs, no curriculums or bad curriculums, not differing between competition preparation programs and proper teaching methods for learning new skills and a lack of connecting them through conceptional training methods.

Now that’s a lot of stung words and sports science talks… but let me explaining what is meant with this – so first let’s keep it simple.

Most of the instructors out there just copy the methods of teaching which they learned or experienced from their own old Instructors/Professors – this leads to copy the good teaching stuff but as well to copy the bad teaching habits and which leads as well to institutional inbreeding of bad teaching methods in a closed system. Not all is bad, but too much of it is not good. That’s why it is important to break out of this common system.

Learning can be much faster with more progress and better knowledge transfer than that.

If you look at how the teaching is done in your academy where you train, you probably recognize that it will be showed a certain technique – let’s say a basic closed guard scissor sweep – on Monday, on Tuesday it will be shown a cross choke from mount, on Wednesday an escape from the side control, on Thursday a half guard sweep, on Friday a back take from butterfly guard and every other day something else.

All are good positions/techniques and very useful and effective, no doubt! But there is not a real program behind this, cause these positions are not connected to each other, not related to each other and they are taught in a separate manner. Hard to understand for the student how to connect these positions – nor to understand that they have to be applied connected for maximum success.

In more details, a lot of times the instructor shows you first the full technique/position in regular speed motion and then he breaks the position down to step by step instructions. After that you pair yourself with your training-partner and you start practice the showed positions and repeat it maybe two to three times before your training partners will do the same. The instructor will walk around and will correct or repeat explaining the position to the students, and then after 15 to 20minutes practice of this particular position the instructor will show you next position which often has nothing to do with the first position (which is bad) or he show’s a follow up to the first shown position (which is not so bad). And so all Trainings happen and the student learns slowly position after position – without never learning the connected application.

This looks okay, cause the students learn, and always something new, so it seems it is legit and there is an ongoing progress and a program – so it has to be fine in this logical manner, right?.

No, not at all unfortunately.

The big problem with that is:

-the position arsenal may grow like that – the students may learn how the position works, but they will never be able to properly apply it (in sparring or competitions) or to follow up with connected counters, variations, or a certain action-reaction path to a submission

Brazilian Jiu Jitsu is an art where there is an ongoing exchange of movements, anticipation of counters, positions, attacks, escapes, action – reaction exchanges and setting up of traps. It is not a one position system where a separated position leads to the win.

No it’s more like – one fighter is set up an attack, which will be covered by a reaction of the opponent, which leads to a reaction of the fighter, or to an anticipated move of the opponent, which the fighter may capitalize on and finish with a submission, if the right trap was set up – or it can go thousand of other possible and unexpected ways where the fighters have to react flexible to each movement, based on a problem solving concept.

We all agree that all movements in a bjj fight are connected to each other in an action-reaction system. Right?

So why the hell are you learning or even teaching separated positions after positions? Even worse, without that you learn or taught the students how to connect them and applying them in an action-reaction manner?!?!?

Do you see now where this will lead?

From a sports science view, to get the optimum learning progress, the key focus in learning and teaching an action-reaction system like Brazilian Jiu Jitsu has to be concentrated in proper teaching the position but even more concentrated in connecting these positions and explaining or learning the students how to act in a solutions & follow up manner against all the opponents reactions.

You want to be a problem solver!

1. to build up an arsenal of skills (positions/techniques), teaching step by step from simple to complex positions of a certain main topic

2. to explain follow up positions/techniques and solutions based on the reactions of your opponent following the main topic

3. to connect these positions and solutions based on the possible reactions of your opponent

4. to drill these positions, solutions and their connections until the students get several hundred (or even more) repetitions behind the positions

5. the ultimate goal of this conceptional teaching/learning method is that you as an instructor teach your students the knowledge act in an independently solution focused manner – always based on the action-reaction system, instead of just letting the students applying the solutions you showed them – this is the ultimate goal

Here an example how this conceptional method could be used:

2) Define the period of time that your training-program for the main topics should cover – for example: the next 12 weeks

4) Define a building up technique curriculum for each week (or longer if needed), from simple to complex positions / techniques. For example the first week covers the basic spider guard bicep control sweep when the opponent has both knees on the ground

7) Keep this concept flexible concerning the time period, if you or your students progress fast, go to the next main topic, if they are slower, then extend the time period. It is important that they drill the positions and connections several hundred times.

This concept has to be applied on all main topics in the program and you will see with this program the results will be much better you or your students will learn importantly to connect each position in an action-reaction manner and they will learn to act in a solution focused manner -> which is basically the most important thing in Brazilian Jiu Jitsu – since Brazilian jiu jitsu is as well a system of “ongoing problem solving”.