Anthony Kiedis Talks About His Fascination for Jiu-Jitsu: ‘I Can’t Get Enough of It’ 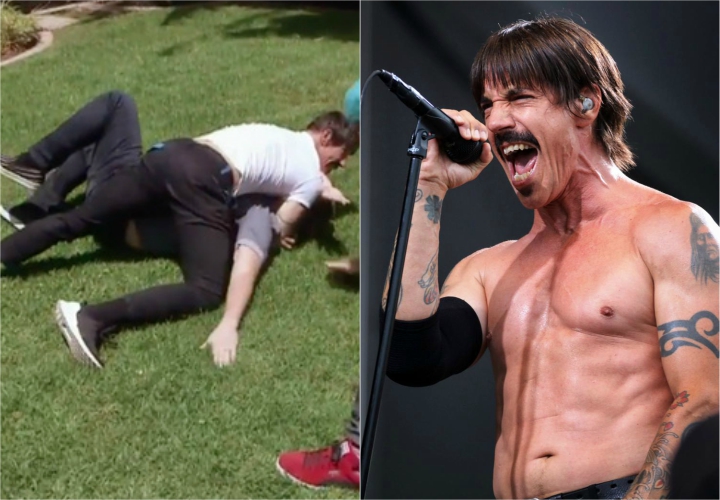 The Red Hot Chili Peppers lead singer Anthony Kiedis was recently a guest on the Joe Rogan podcast where they talked about a wide array of subjects from fame to drugs to surfing. At one point, as is customary to Rogan ( a BJJ black belt), the subject of Jiu-Jitsu was brought up.

“My teenage son trained Jiu-Jitsu as a kid”.

Then Rogan asked him if he had trained himself:

“I tried Jiu-Jitsu 3 times. I love it but the only thing about is that it hurts. It really hurts man. I would come home with all these aches and pains. Then I would start to lose skin on my feet from all the friction on the mats.”

“I love watching it. It’s fascinating. Can’t get enough of it.”

In the past, we saw some of Kiedis’ grappling skills when the Red Hot Chili Peppers were interviewed by TV host James Corden.

At one point, band singer Anthony Keidis says that they all used to wrestle on tour.

Keidis: “You do? Be honest now. Grappling? No elbows, no knees. Chokes?”

Keidis: “He’s got the face move… There is a lawn right there. Let’s wrestle.”

Corden: “We can wrestle anytime you want. I will destroy you.”

Kiedis is a big UFC fan and is often seen at some of the big fights. The way he takes him down,  to half guard, transitions to side control with and underhook and head control, and with perfect pressure with toes forward shows that he has trained before.