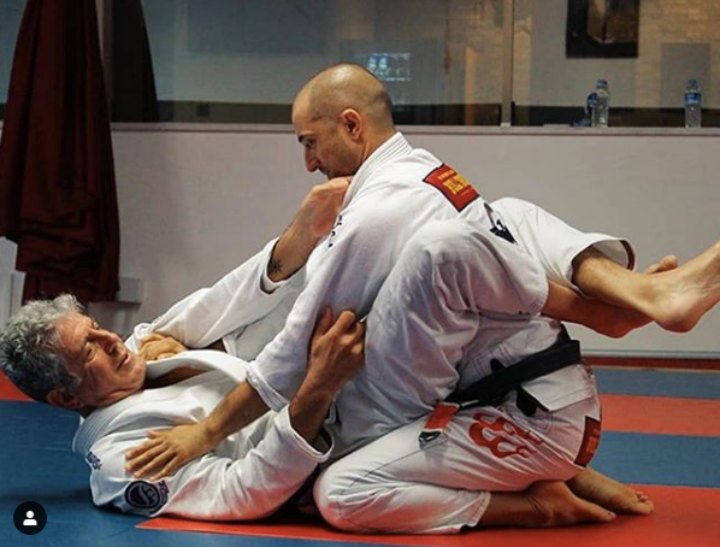 Last year, the world was stunned when news broke that bjj megafan and celebrated chef and tv personality Anthony Bourdain had committed suicide.

Bourdain, a blue belt in bjj, picked up a sport several years ago at the urging of his now ex wife Ottavia Busia.

Renzo Gracie went on Ariel Helwani’s new show and talked a little bit about how he handled the news and what it was like to train Bourdain:

“A great soul, unbelievable guy. I was surprised,” Gracie said. “We were with him the whole week. He came three or four times that week right before he traveled to Paris. He was training. He seemed just a little down — he was quiet. He was a quiet guy.”

On one of his trips, Bourdain was in Istanbul, Turkey where he took a private lesson with Turkey’s first BJJ black belt Burak Deger Bicer of Corvos BJJ and MMA Academy.

He wrote about the experience:

Last night after posting our photo I remembered we recorded some of our private sessions with late @anthonybourdain
I immediately thought how valuable this is to his fans and family.