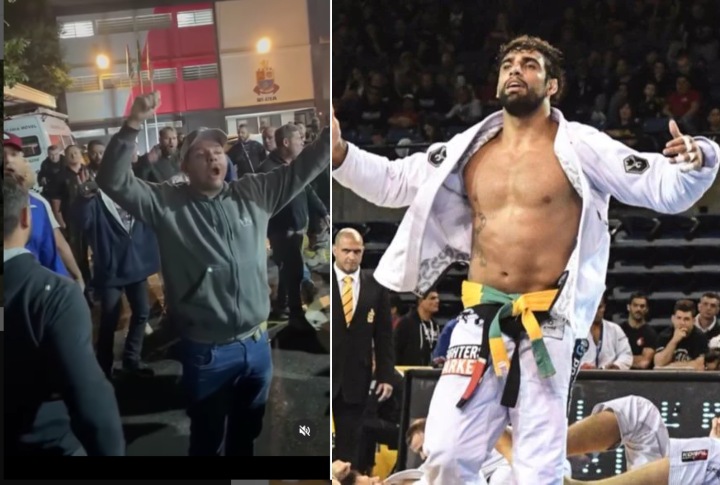 It’s been a sad 24 hours for the BJJ community worldwide, which mourns the murder of Jiu-Jitsu legend Leandro Lo. Lo was shot and killed during a concert in Sao Paulo, Brazil, by an off-duty police officer.
The police has issued a statement regarding the matter, emphasizing their regret for what has happened:

A 33-year-old jiu-jitsu fighter was shot by an off-duty military policeman, 30, at dawn this Sunday (7), at a club on Avenida Indianópolis, in the Saúde neighborhood, south of the capital.

There was an argument between the two and the policeman shot the victim. The fighter was taken to Saboya Hospital, remaining hospitalized in serious condition.
The police authority represented for the preventive arrest of the perpetrator before the Justice. The Military Police regrets what happened. The institution has initiated an administrative investigation and cooperates in the searches to locate the suspect.

The club that hosted the event, Esporte Clube Sírio, issued a statement themselves:

SPORT CLUBE SIRIO sympathizes with the family of Mr. LEANDRO PEREIRA DO NASCIMENTO LO, for the regrettable incident that occurred in the early hours of August 7, 2022, in an event held by third parties.

We inform you that we are collaborating with the authorities responsible for the investigation and we hope that the incident will be clarified as soon as possible.

Henrique Otávio Oliveira Velozo, a police officer, has been named as the suspect in the murder of BJJ world champion Leandro Lo.
Lo was shot in the head during a concert in Sao Paulo, Brazil on early Sunday morning
Lo was declared brain dead at the Dr. Arthur Ribeiro de Saboya hospital on arrival.

As per the police report, police officer Henrique Otávio Oliveira Velozo is a suspect in the investigation of Lo’s murder.

The report states that witnesses said Velozo grabbed a bottle from Lo’s table and the two got into a scuffle. After they were seperated, Velozo got back to his feet, pulled a gun and shot at the jiu-jitsu fighter’s forehead.

Ironically, he is also purple belt in Brazilian Jiu-Jitsu. 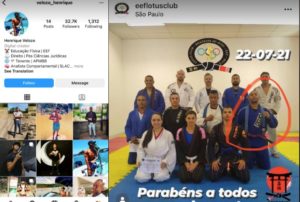 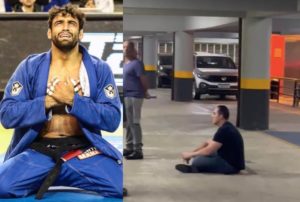 An angry crowd of BJJ fighters, friends and family of Leandro Lo gathered in front of the jail where Velozo was detained and was chanting “assassin”, “son of a B*tch” and calling for retribution: