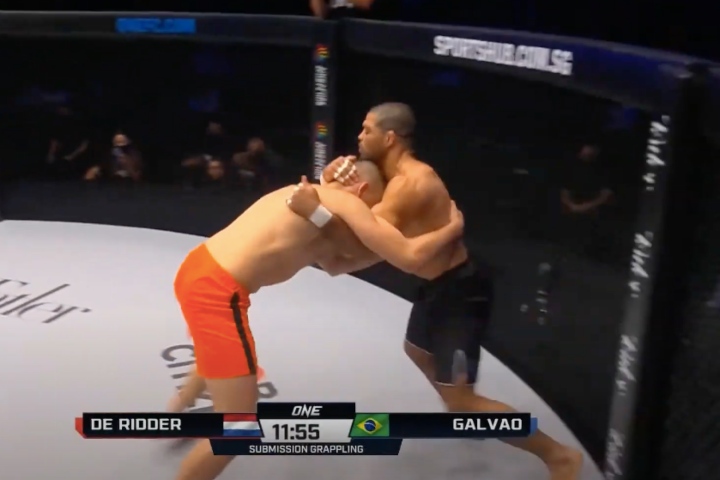 De Ridder is a ONE Championship light heavyweight and middleweight champion, who holds an undefeated MMA record of 15-0… With 10 out of those 15 wins being earned via submission!
The announcement of the match came just over a week after De Ridder submitted Kiamrian Abbasov with a Head And Arm Choke to retain his middleweight title. After the fight, he took the microphone and called out Galvao:

“Andre Galvao, let’s find out who the best grappler is around these parts. Let’s go man, I’ll choke you out!”

Galvao struggled to take down RDR and pulled guard repeatedly. On the ground although Galvao dominated the action, he struggled to control RDR. AT the end, the match ended as a draw.

Galvao will need to step it up for his upcoming ADCC superfight with Gordon Ryan.