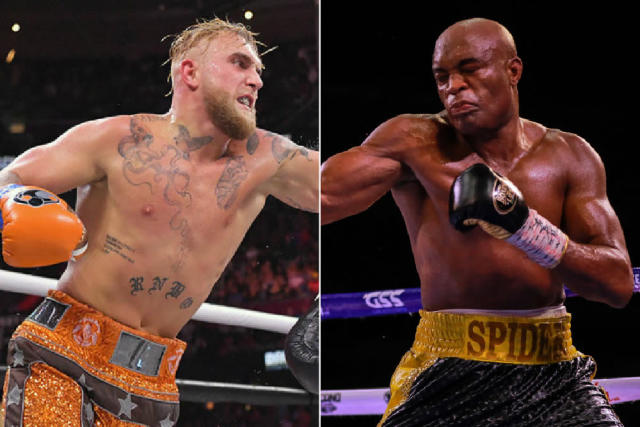 Master of the octagon and one of the greatest MMA fighters of all time, Anderson Silva, is set to take on YouTuber turned boxer, Jake Paul, this October in Phoenix Arizona. Fans of Jake Paul have been waiting for a long time to see him get back into the ring as his most recent two fights against Tommy Fury and Hasim Rahman Jr have both fallen through.

As is the case with a lot of YouTubers who have tried their hand in the ring, Paul has not exactly been welcomed with open arms by the fighting community. His first opponent was another YouTuber called Deji. Paul managed to win this fight by getting it stopped in the fifth round, thus starting his career. His next bout was against another YouTuber called AnEsonGib, which again resulted in a TKO. After that, Paul turned his attention away from YouTubers, and started calling out professional athletes. His next three wins were against basketball player Nate Robinson and former MMA fighters Ben Askren and Tyron Woodley.

Even though an undefeated career is nothing to turn your nose up at, a lot of the fighting community still doesn’t see Jake as a real contender. They have commented saying that Jake has only ever fought other YouTubers and the professionals he’s fought have never been pros in striking. As such, Paul is hoping to silence them once and for all by taking on MMA legend Anderson Silva. However, has he bitten off more than he can chew?

When you head over to a Sportsbook website to consider the odds, Paul is coming out as the underdog. Many believe Anderson Silva to be one of the best fighters that the UFC has ever produced, and this is reflected in his -130 odds, compared to Paul’s -110. Paul has always wanted to step up and prove himself as a true fighter, so picking someone as respected as Silva is certainly a good way to do it. In a recent press conference Paul said he planned on knocking Silva out, but exactly how doable is this?

To a lot of people’s surprise, in a recent interview, Paul’s rival promoter Eddie Hearn said he thinks Jake will win the fight. When asked about Silva, Hearn commented, “I don’t think he beats Jake because I think Jake is young and I think he can punch a bit… I’m intrigued to watch. I like what Jake’s doing. It’s kind of him against the world”. This stance came as a surprise to many, not only because Eddie Hearn and Jake Paul have disagreed on a lot in the past, but also because only a few months ago did Hearn go on record to say he didn’t think Paul was any good.

After almost a year out of the ring, Jake Paul is set to make a return against none other than MMA’s own Anderson Silva. Eddie Hearn has commented saying he thinks Paul will win the fight, but these views are not reflected in the current odds.