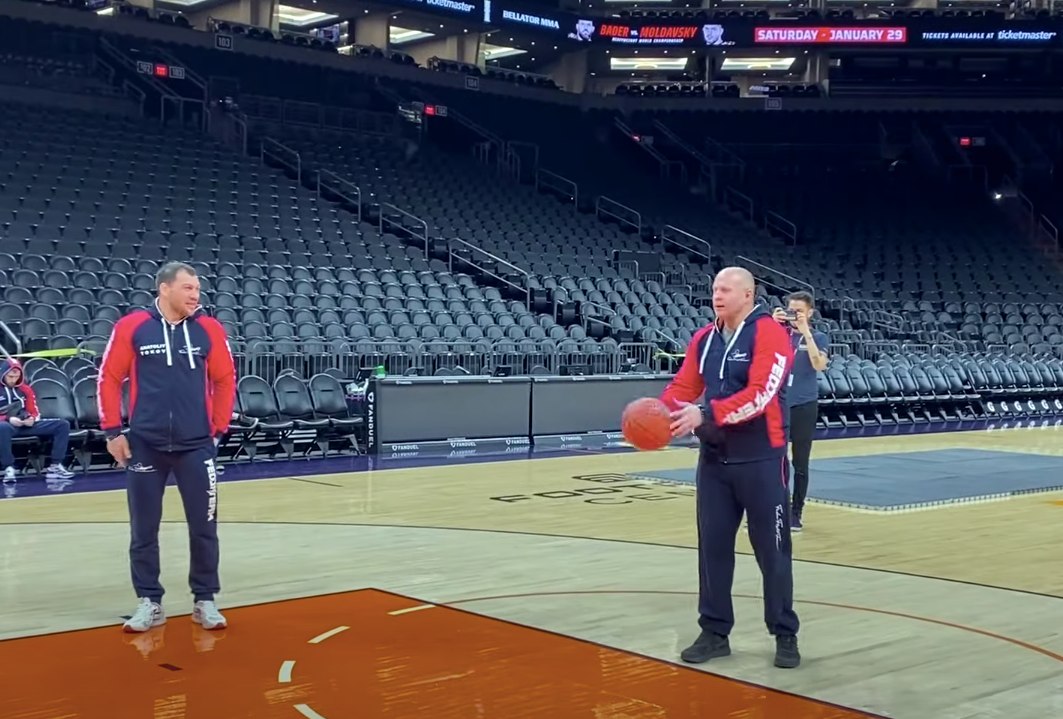 Grapplers tend to have only trained grappling or combat sports their whole lives and so have very mediocre levels in more mainstream ball sports such as soccer or basketball. This is the case of one MMA Goats, Fedor Emelianenko, who was filmed having some fun at the Phoenix Suns , NBA franchise stadium.

The Russian was showing off his (lack-of) skills with the basketball and was seen laughing like a child with his friends as he was struggling to score even one shot. He even tried multiple times a behind the back free throw shot. He had many failed attempts and even “airballs”.

It’s nice to see a lighter side of Fedor as he is often very serious.

His countryman Khabib Nurmagomedov also trains basketball but more a warm up for MMA training. A hybrid sport he calls “Dagestani” Basketball: