Adjustments To Make When Transitioning From Brazilian Jiu-Jitsu To MMA 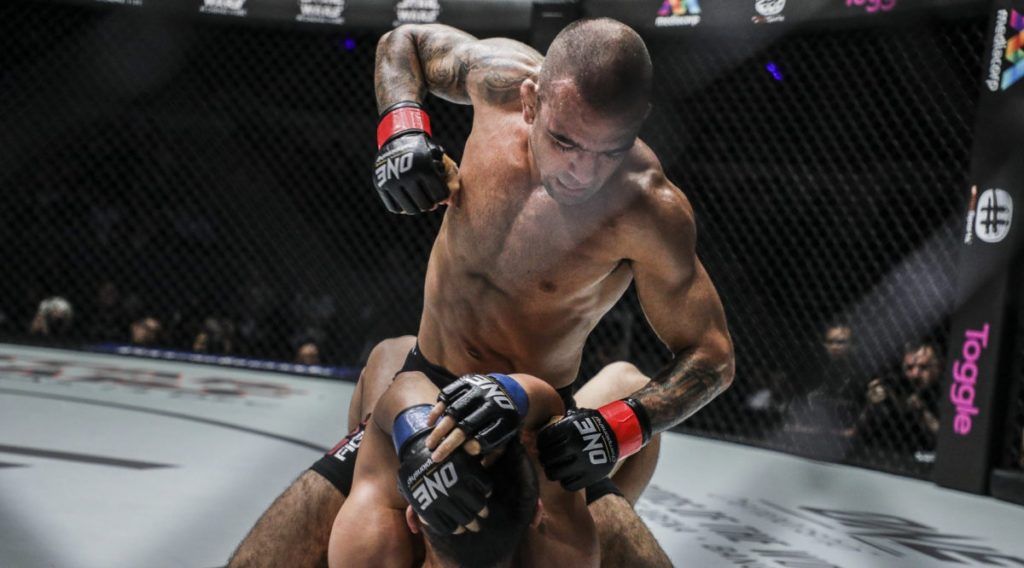 Are you planning on transitioning from Brazilian Jiu-Jitsu to MMA?

Don’t be nervous. In fact, you should be extremely confident knowing that many of your skills are instantly translatable to mixed martial arts. However, it is important to note that there are also a number of incredible differences between the two sports, especially now that striking is involved!

While many people mistakenly refer to any and all engagement on the mat in mixed martial arts as Brazilian Jiu-Jitsu orientated, grappling in MMA is an entirely different concept. Of course, there are blends of Brazilian Jiu-Jitsu, wrestling, Judo, and more, when competing in MMA, but it’s the true combination of all of these sports which form an entirely new form of grappling that is bound to the rules and regulations of MMA.

The fundamental differences that exist between BJJ and MMA grappling are the addition of strikes, the removal of grips, the presence of the cage, and also a complete change in mentality from what you might have been instructed to believe during your BJJ learnings (the goals of each sport are different!).

As such, a modified approach is required to succeed.

Today, Evolve Daily brings you Adjustments To Make When Transitioning From Brazilian Jiu-Jitsu To MMA.

Avoiding strikes should be a priority for any competitor in MMA. To safely diminish the ability of your opponent to attempt punches while on the mat, it is now more important than ever to control your opponent using tight underhooks and overhooks.

Separation is a bad idea. Well, not always, but there are particular distances that are more dangerous than others when striking is permitted. Outside of punching range is great, of course, and clinching your opponent so tight that they are unable to posture or strike with any force is also desired. What’s not beneficial is allowing your opponent to operate from the ‘in-between’ space that effectively allows them enough separation to land punches.

So, one major adjustment that should be made when transitioning to MMA is the use of the clinch to break down your opponent and render their arms useless. This has always been significant in BJJ, too, but it becomes one of the main priorities when grappling in mixed martial arts because no one wants to eat a punch to the face, right?

With the leg-lock revolution well underway, top position (especially full mount) is becoming less and less desirable in submission only competitions. Being on top of your opponent allows for them to attack your legs with all kinds of nasty leg locks if they can achieve some elevation and inside leg position. Naturally, there are many BJJ competitors who are choosing to work from their back and give up top position so that they can hunt for these submissions.

Is this a good idea in MMA? It depends on the situation. But for the most part, top position is where you want to be.

Whereas full guard is viewed as a relatively neutral position for the person on the bottom in BJJ, it is increasingly dangerous in mixed martial arts simply because of the impact of striking.

Defend (and use) the up kick

One of the simplest adjustments that you can make to your standing guard when transitioning to MMA from BJJ is being aware of up kicks – from a defensive and offensive perspective.

Defensively, when passing an open guard, it is important to never lead with the head as is usually typical in BJJ contests. Instead, pass their guard with your knee as the first line of contact and protect your head from the dangerous feet and legs of your opponent. This could be the most important adjustment that you make when transitioning to MMA.

And if you find yourself playing open guard in MMA, don’t forget about using up kicks to strike your opponent. If someone becomes careless and leaves their head poking out, you can immediately strike them with powerful force.

While this goes against many of the traditional aspects of what you have probably been instructed, there is a reason to be more time sensitive in MMA.

Firstly, unlike grappling tournaments, there is much less time to operate when competing in mixed martial arts. Of course, there are five-minute rounds in professional MMA matches, but there is no guarantee that you will even see 60 seconds of grappling.

For that reason, every second that you have someone on that mat is crucial. You can still relax, remain composed, and be efficient with your movements, but it is important to prioritize fast transitions, damage, and submissions in mixed martial arts.

When transitioning from BJJ to MMA, always consider the timeliness of your techniques.

Surprisingly, many people forget about the impact of the cage in mixed martial arts.

Of course, BJJ always takes place on a flat surface with no physical constraints. The rare time that you and a partner collide with a wall in training, it is viewed as an obstacle and you are likely to reset in the center of the mat.

That instantly changes when you’re inside a cage!

You’ll now find yourself having to deal with an opponent who is using the cage to gain leverage and assist them in their quest back to their feet. Similarly, an opponent might use the cage to literally scrape you off their back if you have secured back control.

One adjustment you can immediately make when transitioning to MMA – especially if you are a competent grappler – is to focus on grappling inside the center of the cage and not allowing them to shift toward the outskirts of the area. No matter how dominant your top game is, it becomes all the more difficult to maintain control of your opponent if they use the cage to work back to their feet.

Likewise, it becomes much easier for you to return to your feet (if you desire) if you leverage off the cage during MMA competition and training.

Make sure to keep these points in mind when making the transition from BJJ to MMA.