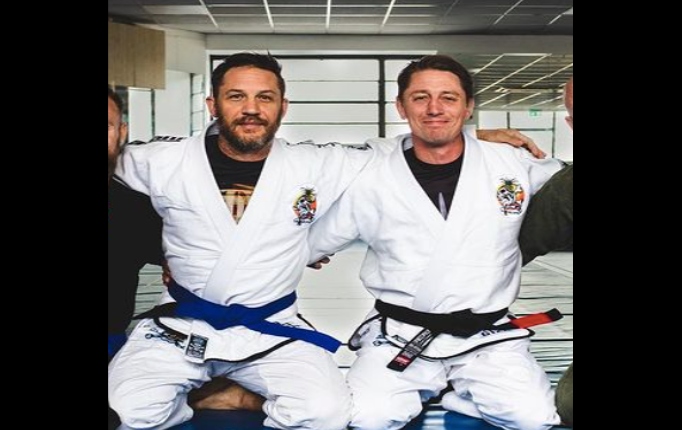 Actor Tom Hardy was recently promoted to the rank of blue belt in Brazilian Jiu-Jitsu.

Hardy began training jiu-jitsu as far back in 2011 when he prepared for his role as an MMA fighter in the film ‘Warrior’. This was the beginning of his BJJ journey which saw him training sporadically over the years.

The 41 year old actor was spotted working on his jiu-jitsu a few years back alongside the british royal marines in an attempt to help them being attention to a cause near and dear to their heart:

Tom Hardy training Jiu Jitsu in his REORG Kit! Doing an outstanding job of applying what he was taught and maintaining top position! Great pressure! Are you a Veteran or serving wounded? REORG in association with We Defy Foundation is in place for you to help combat the psychological and physiological symptoms you may be dealing with. Everyone that has grappled on the mat knows the psychological and physiological benefits that can be attained, please help get the message out and help REORG help those in need. If your a Veteran and would like to get involved in Jiu Jitsu please message REORG directly @royalmarinesjiujitsu

Since then he worked on his grappling for the Venom role. He often posts about BJJ on his Instagram.

As well as taking up being an ambassador for REORG @royalmarinesjiujitsu