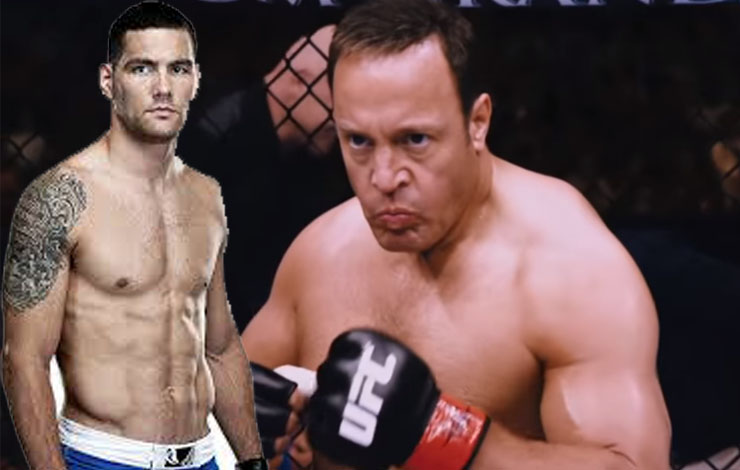 Kevin James  is an American actor, comedian, screenwriter and film producer. He is best known for playing Doug Heffernan on the CBS sitcom The King of Queens.

Back in 2012 James had trained mma alongside some great fighters for the the MMA- and UFC-themed “Here Comes the Boom.”

Sadly the boom never came and the movie is relatively unknown however it did make James fall in love with training.

Here’s a new clip of James rolling with Weidman