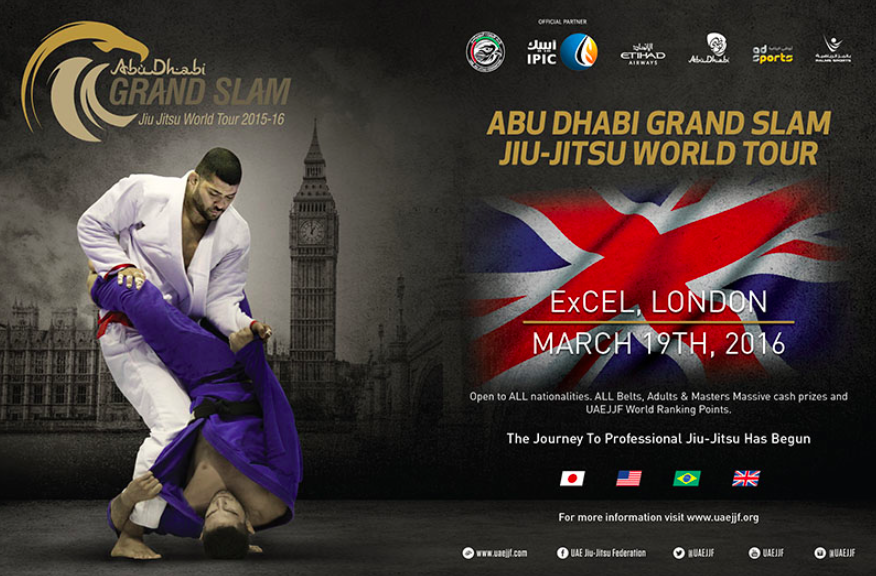 The London Grand Slam will be using the same hall as the London 2012 Olympic Weigh lighting Games.

OPEN TO ALL NATIONALITIES.
Cash prizes will be awarded for the top 3 athletes of each division.
All medalists will be listed in a world ranking and the best players will receive money prizes at the end of the tour.

This is the most prestigious and professional jiu jitsu event the UK has ever seen. Register now on: https://uaejjf.org/event/info/207

Here are the amazing cash prizes: