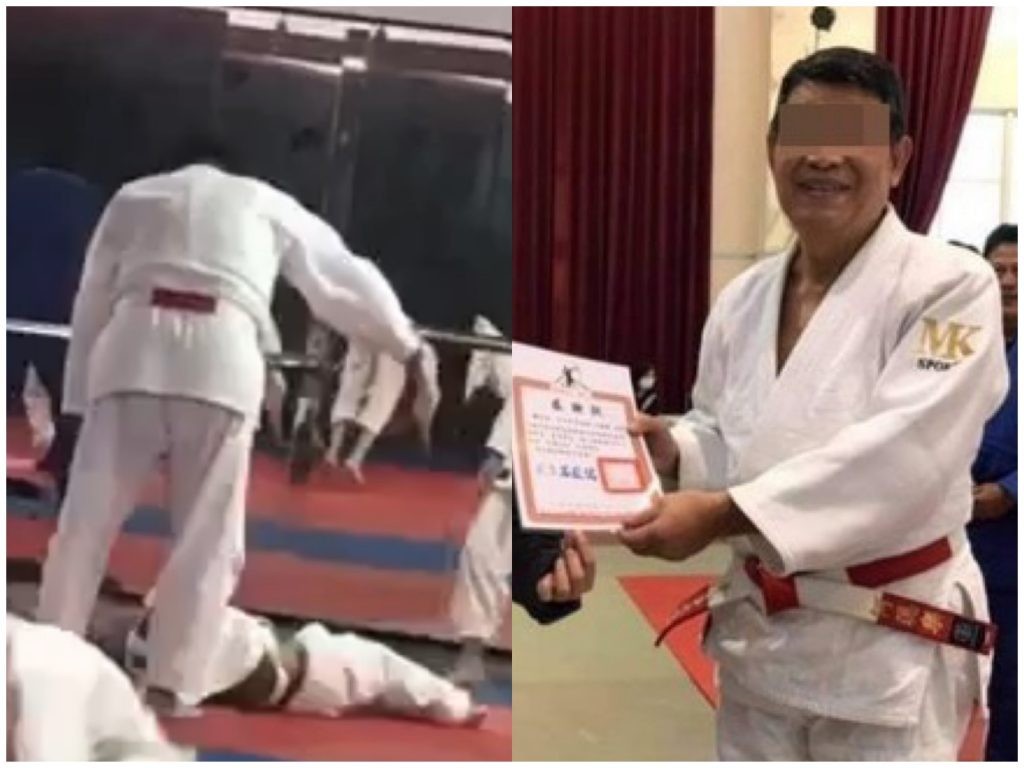 A young boy in Taipei, Taiwan who was in a coma and vegetative state, after he was was thrown nearly 30 times by his Judo instructor in April 2021, had reportedly died.

The BBC reported the boy’s passing after initial reports from the Taiwan News and the Taipei Times.

The whole incident was caught on video and you can see the boy crying and begging on his knees for the punishment to end. However, the instructor Ho then personally throws the child another seven times.

Huang then passed out turned pale, and stopped moving. The instructor Ho then called for an ambulance and was rushed to the hospital.

The boy suffered a severe intracranial hemorrhage. After the operation, doctors declared that Huang was in a “brain dead state,” and if he survives, he will likely remain in a vegetative state.

Taiwannews.com stated that the instructor went to visit the boy at hospital but presented a different story:

“When visiting the hospital after the child underwent surgery, Ho initially claimed the child had fallen on his own. It was only after learning about the serious nature of his injuries did Ho admit that he and a student had thrown him many times.

When police took Ho in for questioning on April 23, he claimed the boy had cried when being thrown in previous classes and presumed he was complaining without good reason. Ho was then investigated for negligent bodily harm (過失傷害), before being released without bail.

Cho Chun-chung (卓俊忠), head prosecutor of the Taichung District Prosecutor’s Office, said that Huang’s parents pressed charges against Ho for negligent bodily harm and that they are not ruling out pressing charges for negligent homicide (過失重傷害) if their son dies, reported UDN. Huang’s father said it would take a miracle for him to regain consciousness and he demanded an apology and explanation from Ho.”