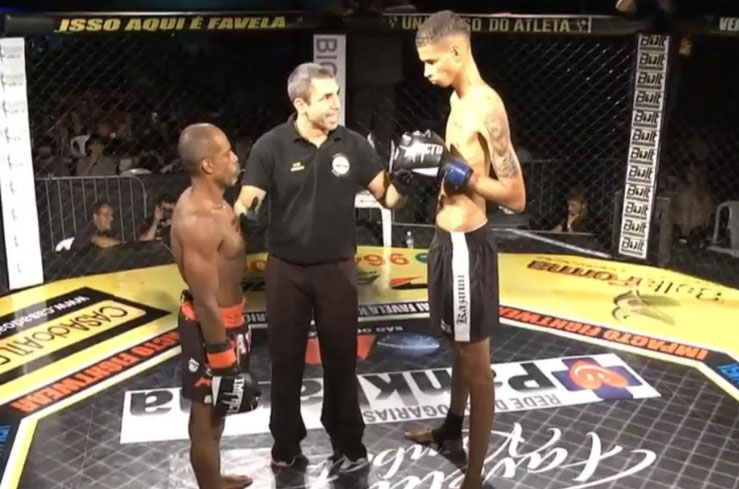 Favela Kombat 31 was home for a very peculiar scene. A 6’6’’ Brazilian featherweight met an opponent topping off at just 5’4’’. To make matters worse – he lost. Fight beings begins after the one hour and 25 minutes mark.

Video in full was shared by Web Esporte TV’s Facebook page,attached above the fight between Savio Vinicius and Celso Mao de Pedra.

Savio Vinicius took on 43-year-old veteran and 5’4” Celso Mao de Pedra and he struggled in his MMA debut.

Although the difference in height and physical stature between both fighters was shocking to say the least, it didn’t stop the older fighter from controlling the action.