5 Ways To Deal With A Bigger, Stronger Opponent In BJJ 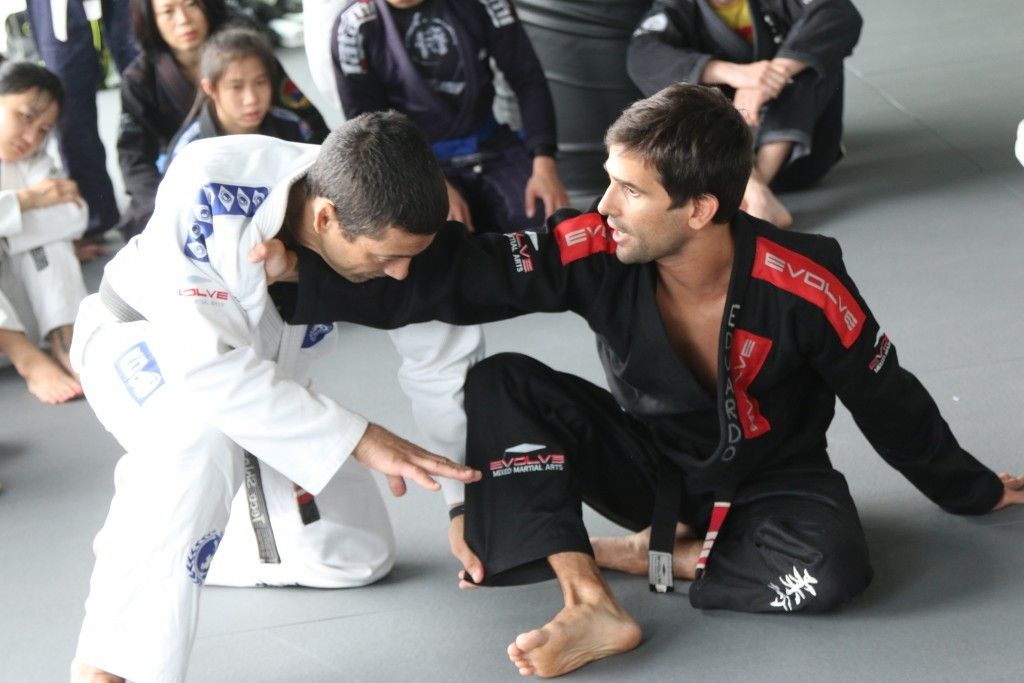 For smaller Brazilian Jiu-Jitsu practitioners, relying on leverage against a bigger and stronger opponent may not be enough. The feeling of being squashed by someone heavier is never pleasant, especially when there is a big disparity in size.

Although it’s a known fact that sparring with a bigger partner poses quite the challenge, through certain strategies, the game of human chess can be applicable to all BJJ practitioners regardless of size. Today, Evolve Daily shares 5 Ways To Deal With A Bigger, Stronger Opponent in BJJ:

Problem:Someone who is twice your size will definitely overpower you (because physics and logic tell us so). There’s no way we can prevent them from muscling their way out of bad positions.

Solution: Smaller and more agile BJJ practitioners like Rafael Mendes and Bruno Malfacine like to use their agility and speed against their opponents. They constantly move and switch positions, deflecting their opponent’s strength until they are able to stabilize themselves. Often times, bigger opponents will gas out eventually – use this to your advantage and frustrate them!

Problem:A bigger opponent, once he has secured his grips on you will be difficult to fight off. With proper grips, it will be easy for him to pass your guard, or worse, submit you.

Solution:Assume control of the grips before your opponent does. Break his grips and secure your own grips. The faster and more explosive you do this, the better.

Problem:So you’re finally in a better position than your opponent and you see an opening for a submission. Sadly, that armbar you’ve just secured has become non-existent in a matter of seconds.

Solution:Gi chokes are one of the most difficult, if not the most difficult submissions to defend. Once they’re in deep enough, all you have to do is count to 10 (or even less sometimes) and place increasing pressure.

Problem:Pulling closed guard or half guard is great for bringing you closer to your opponent, giving you that chance to attack. However, if you’re a lot smaller than your opponent and unable to execute the technique properly, you’re going to end up stuck under a very heavy weight!

Solution:Keep distance by creating space between you and your opponent. Assume positions such as the squat that give you the strength advantage (e.g. spider guard). Remember to frame with your knees and forearms — this will help keep their weight off your body, giving you the opportunity to get into a better position.

5) Work on taking the back.

Problem:It’s difficult to take a bigger opponent down and put him on his back. Being considerably smaller than your opponent means that you’re probably going to be taken down instead.

Solution:Use your speed and agility and take any chance you can to take the back. This makes it easier for you to execute any chokes (see #3) because your opponent is less mobile. Once you take the back, there are a variety of chokes and positions you can work on!

Although size and strength aren’t supposed to matter in BJJ, sometimes, it does. But being smaller also has its advantages. Lighter students end up becoming more technical than their bigger counterparts, giving them an unexpected edge. They also get more of a workout, increasing pound for pound strength as opposed to those who are naturally stronger and more athletic.

So be more wary of the smaller BJJ practitioners in your next class – they may just have something sneaky up their sleeves!