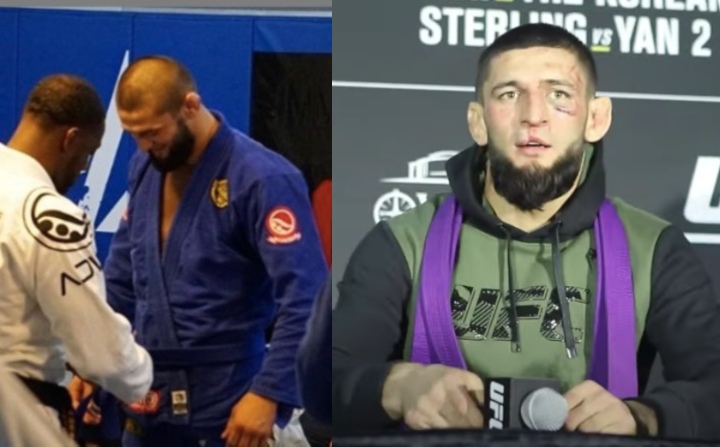 Mixed martial arts over the years has grown into one of the most popular sports today. A spectator sport, millions of fans across the globe tune in on an almost weekly basis to witness the world’s greatest martial artists take the cage and showcase their skills. For fans, there’s certainly no shortage of amazing fights to be had and exciting fighters to watch.

Organizations like the ONE Championship, UFC and Bellator have the most incredible fighters, and no doubt the most talented athletes on their rosters. While the top of the heap is full of absolute killers, divisions run deep with exceptional martial artists, and a lot of them are currently on the rise.

If you love watching MMA and want to check out some upcoming MMA talent, we’ve come up with a list of fighters you should keep an eye on. Though it is early in their careers, these fighters have shown tremendous potential and could be future world champions in the sport.

One of the most impressive fighting specimens in MMA today, Khamzat Chimaev is a relentless offensive force, and no doubt a rising star in the UFC. His deep combat sambo background has proven problematic for almost anyone he has stepped into the Octagon with, which has resulted in some pretty epic performances.

Athletically gifted and highly skilled, Chimaev is currently undefeated at 11-0, with his latest victory a hard-fought unanimous decision over Gilbert Burns, in what was perhaps his toughest test to date.

10 of Chimaev’s 11 career victories so far have ended inside the distance. This includes six knockouts and four submissions, which makes him a dangerous threat anywhere a fight goes.

There’s certainly a lot of hype surrounding Chimaev, and it’s well-warranted. His victory over Burns is a testament that he’s truly world-class and championship-caliber. And while he still needs to prove himself further, a shot at the UFC belt may not be too far off.

Saygid Izagakhmaev is best known as the legendary Khabib Nurmagomedov’s protege. The two fighters definitely share similarities, in both their fighting styles and the way they conduct themselves.

Izagakhmaev is typically reserved and showcases intense focus before his fights. He prefers to let his fists do the talking in the Circle.

Currently rocking a 20-2 professional record, which includes two wins by knockout and a whopping 13 submissions, Izagakhmaev is an absolute menace on the mats. Opponents have alluded to his otherworldly strength and technique, which has led to extended dominant spurts on the ground.

So far, not many have been able to solve the puzzle, and Izagakhmaev just continues to get better and better.

He made his ONE Championship debut in early January, defeating former ONE world title challenger James Nakashima via second-round submission, instantly solidifying his position among the lightweight elite. Fans can’t wait to see who he fights next.

At just 18 years of age, Lee has decided to follow in her older brother and sister’s footsteps to become a professional MMA fighter and partake in the family business. The Lee family is famous for all being decorated world champion martial artists, so Victoria fighting professionally fits right in.

Obviously, her strengths mirror that of her more esteemed siblings. Lee is an ace in the grappling department and is leagues above and beyond her competition in the Circle. This has led to a perfect 3-0 start to her ONE Championship stint, with all three victories coming by finish.

Of course, she’s still very young and has her entire career ahead of her. She also just recently graduated from high school. There’s certainly no rush for Lee, as she takes matters at her own pace.

England’s Paddy “The Baddy” Pimblett is no doubt one of the fastest rising stars in MMA today. His exceptional fighting skills and flair for showmanship, paired with his undeniable charisma is a fantastic combination really only ever seen since the rise of Conor McGregor.

A former Cage Warriors Featherweight Champion, Pimblett has long been on the UFC’s radar, and he even denied two offers from the promotion because he made more money where he was at.

“The Baddy” eventually joined the UFC, making his promotional debut against Luigi Vendramini at UFC Fight Night 191 in September 2021. He knocked Vendramini out in the very first round and became an overnight sensation.

Pimblett returned to action this past March against Rodrigo Vargas, taking victory via rear-naked choke submission.

At this point, it is evidently clear that Pimblett knows how to put on a show. As his stock skyrockets, expect to see Pimblett filling massive stadiums very soon.

Rising UFC bantamweight “Sugar” Sean O’Malley is freakishly long and athletic, and one of the hardest hitters in the division. But more than that, he’s also a highly intelligent fighter, and one of the most strategic strikers in MMA today.

If you’ve never seen O’Malley fight, it’s an absolute treat. “Sugar” can shake and bake, evading an opponent’s strikes within mere inches, and retaliate with laserlike precision. This has resulted in an impressive 15-1 professional record, which includes one submission, and an astonishing 11 knockout victories.

He joined the UFC via Dana White’s Contender Series, later making his Octagon debut in December of 2017. He defeated Terrion Ware via unanimous decision and set on a trailblazing path of destruction. Since joining the UFC, O’Malley has gone on to win eight of nine fights.

O’Malley has a way of conducting himself that just oozes confidence and charisma, and he certainly knows how to work up the crowd