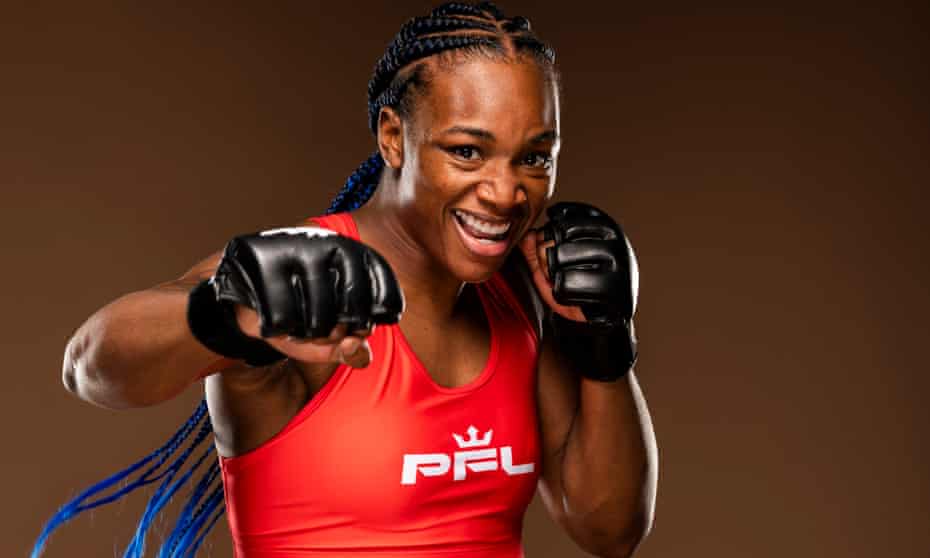 The early days of MMA were mainly an all-male affair, but the ladies eventually started getting some opportunities as the sport grew in popularity. Nowadays, female fighters have proven they can be just as entertaining as their male counterparts, and it’s no longer rare for MMA fight cards to be headlined by women.

Gina Carano deserves a lot of credit for the current popularity of women’s MMA since many would argue she was the first face for the sport. Carano easily won over hardcore fans thanks to her excellent Muay Thai skills and charming personality.

Carano’s role as the top female MMA fighter came to an abrupt end when she ran into Cris Cyborg and suffered her only loss as a professional MMA fighter. Cyborg was able to outstrike Carano and control her on the ground with her BJJ, winning the fight via TKO. Cyborg would remain the most terrifying force in women’s MMA for over a decade, but she is surprisingly not the person who took WMMA into the mainstream.

An Olympic medalist, “Rowdy” took the MMA world by storm, defeating everyone who shared a cage with her via submission. Four straight first-round submissions earned her a title shot against then Strikeforce Bantamweight champion Miesha Tate.

It turned out to be one of the most entertaining fights in MMA history as the two women put on a show that ended with the referee being forced to stop the fight due to Rousey breaking Tate’s arm with an armbar.

The win earned Rousey a spot on the UFC’s roster, something many MMA fans didn’t expect at the time, given the promotion’s president Dana White’s strong stance against female fighters.

Rousey continued to deliver in the UFC, successfully defending the women’s bantamweight belt seven times before getting knocked out by Holly Holm. She tried to make a comeback a year later against Amanda Nunes and ended up suffering the same fate.

Still, Rousey deserves a huge portion of the credit for how far women’s MMA has come. She showed women could be superstars and bring in as much revenue as the guys.

Modern Female MMA Fighters To Look Out For

Now that we have gotten the history lesson out of the way, let us go over some of the most intriguing female MMA fighters you want to see fight:

The most decorated female boxer to crossover to MMA, all eyes are on Shields as she recently signed a contract to make her mixed martial arts debut in 2021 with the Professional Fighters League. A three-division undefeated boxing champion, the 25-year-old has already showcased her world-striking boxing skills, and she should have a considerable advantage against most of her competition in the striking department.

Shields isn’t resting on her boxing accolades heading into her MMA debut. She’s been training at the JacksonWink MMA academy alongside legends like Jon Jones and Holly Holm. She’s added an impressive kicking game to her arsenal and she’s in a position to make lots of noise. Many expect her to eventually go against the reigning UFC women’s Bantamweight champion Amanda Nunes.

The reigning ONE Championship Atomweight Champion, Angela Lee isn’t expected to step inside a cage early in 2021 as she recently gave birth to her first child. A member of the Evolve Fight Team, Lee plans to make a return to defend her belt by the end of the year.

Lee tried to become a double champion in 2019, losing a Strawweight title bout to Xiong Jing Nan at ONE Championship: A New Era. She lost her next fight before dropping back down to Atomweight and successfully defending her belt against Xiong. Time will tell if Lee will be able to make a second run at the Strawweight title.

Having been out of action since October 2019, all eyes will be on Lee when she returns to active competition at the end of 2021.

“The Lioness” is no doubt the baddest woman on the planet, with only a few of her recent opponents being able to even make the contest competitive. Her victory against Cris Cyborg solidified her status as arguably the best woman to ever step inside a cage and she’s starting to run out of opponents at this point.

Fortunately, new challengers like Claressa Shields plan to give her stiff competition in the near future. For now, Nunes will likely continue to walk right through any challenger the UFC throws her way.

A lifelong fan of Chinese Martial arts flicks, Xiong Jing Nan made a name for herself fighting in the Chinese MMA circuit, amassing a 9-1 record. She made her ONE Championship debut in 2017, knocking out April Osenio during the first round of their showdown.

Xiong won the ONE Women’s Strawweight Championship during her next outing, earning another knockout victory and becoming China’s first MMA World Champion. She successfully defended her belt twice, then handed Angela Lee her first loss as a professional MMA fighter, knocking her out on her way to her third successful title defense.

Her bragging rights were short-lived as she went down a weight class to challenge Lee for her ONE Women’s Atomweight Championship for her next fight. Xiong suffered her first loss in ONE Championship during the rematch, losing via rear-naked choke during the fifth round of their rematch.

With her grit, resilience, and ever-improving skillset, Xiong is expected to further cement her name in women’s MMA history.

Namajunas is one of the most impressive strikers in mixed martial arts, with crisp footwork that often puts her one step ahead of her competition. She’s also one of those fighters who seems to rise to the occasion when a huge challenge is set for her.

Rose brought Joanna Jędrzejczyk’s reign to an end back in 2017, knocking out the champion during the first round of their encounter. She successfully defended the Strawweight belt against Joanna during a rematch, but ended up getting slammed on her head and knocked out during her next title defense against Jessica Andrade.

Rose went on to avenge her loss to Andrade her next outing, winning the rematch via split decision. She dethroned Zhang Weili, who defeated Andrade to win the Strawweight belt, at UFC 261, reclaiming the Strawweight title.

Once again, Rose now finds herself at the top of the mountain and she’ll probably find herself defending the title against Zhang later in the year. Many are curious to find out if Rose can replicate the performance she had at UFC 261.