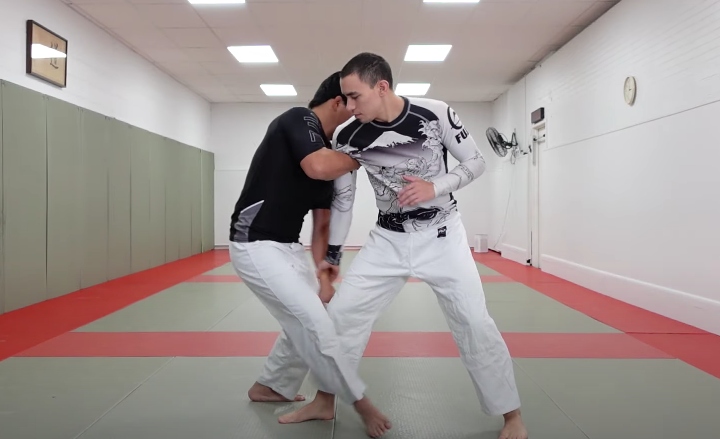 One of the key traits that all successful BJJ grapplers possess is the ability to always stay dangerous regardless of position. For you to stay steps ahead of the pack, you have to be flexible in terms of your attacking options. This ensures that you can exploit any small opening with little risk.

Perhaps one of the best examples of such a grappler is the great Marcelo Garcia. He is a multiple-time IBJJF and ADCC champion, and is famous for his dynamic and highly offensive game. Throughout his career, one of his primary weapons is the arm drag, a wrestling technique that has proven its worth in BJJ and submission grappling. Today, we’ll discuss this technique and explore its effectiveness in various situations.

What Is The Arm Drag?

If you see an arm stray away from the torso, you can apply the technique right away, even with minimal set-up. It is a relatively safe technique (just be mindful of arm drag counters, aka redrags) and can be used in both gi and no-gi grappling. You can also apply the arm drag in many positions, the most common of which are the standing position and seated guard.

This video by BJJ black belt Jason Scully perfectly exemplifies the offensive power of the arm drag. This is a compilation video showing 38 variations of the arm drag in less than 12 minutes. He mentions in his intro that it is one of the true “ninja” moves in grappling, and that it is absolutely true as it is very fast and can be applied instantly.

There are many arm drag entries from the standing position. Jason shows options where you can counter a reaching opponent. Other examples include initiating the opening yourself by using control tactics like wrist control, overhook, 2-on-1, and collar tie. Using the arm drag also sets up many takedowns such as the single leg.

He also shows options from the guard. You can do the arm drag from the closed guard by controlling the arm as you sit up and move to a side; this should open up space for you to take the back. You can also use an overhook or reverse kimura from the closed guard, but do take note that you need to be mindful of the space between you and your opponent.

From the butterfly guard, one of the most basic entries for the arm drag is to use a wrist grab. Grab the wrist and feed it to your dragging arm as you move to one side. Alternatively, you can use the 2-on-1 to get the arm drag. You can also use a reactive approach by doing the arm drag if they reach out or grab your knees/ankles. Remember that arm extension is a good indicator for the arm drag.

If you are in butterfly guard and your opponent stands and grabs your ankles, you can use the arm drag by grabbing the wrist then hooking near the tricep as they reach down. You can also use the same concept if they attempt a toreando pass (by holding your knee) or x-pass (by holding your hip)

The threat of the arm drag is available in many types of guards. An excellent example of this is from the reverse de la Riva guard. Grab the wrist as you swing your hooking leg to elevate yourself. You’ll typically end up in the single leg position.

When playing the z or half guard, you can go for the arm drag if your opponent grabs your hip; this is a cool option since grabbing the hip is a common reaction when stuck in the half guard.

Another option is to use an overhook while you are playing the half guard. Like in the standing position example, the overhook from half guard gives you enough space to apply the arm drag.

The arm drag is also incredibly useful in guard passing and top control positions. Jason shows an arm drag entry from the passing position if your opponent plays seated guard. You first establish the inside position by stepping in the middle and grabbing the wrist as you move to the side. This should expose the back and give you many attacking opportunities.

A couple of curious ones are the variations from side control and north-south. He said that if you move your body to the side, you can let their arms move in front of your body in an underhook type position. From here, you can do the nearside arm drag to take the back.

The last option shown in the video is an arm drag against the front headlock from the turtle. Get to your side, reach over your opponent’s back, and enter the arm drag position. This is a high percentage move and is guaranteed to surprise many opponents.

As with any technique in BJJ, there are always counters to attacks you can do. In this video, BJJ black belt Gustavo Gasperin demonstrates four basic counters to the arm drag from the seated guard.

The first option is to go for an underhook as you get arm dragged. There is always this tiny opening when your opponent has to let go of your wrist to complete the technique. Use this small window to shoot for an underhook, and the threat of the arm drag goes away.

The second and third options are applicable if you cannot get the underhook. You can either post both hands and move to the side, or you can counter the arm drag with your own; this is known as the redrag.

The final option is handy, especially for bigger grapplers. You can cup the tricep and use your shoulder to pin the opponent down. The critical step here is to place enough pressure on the shoulder to deny access to the back.