3 Tips For Dealing With Heavy Pressure In Brazilian Jiu-Jitsu 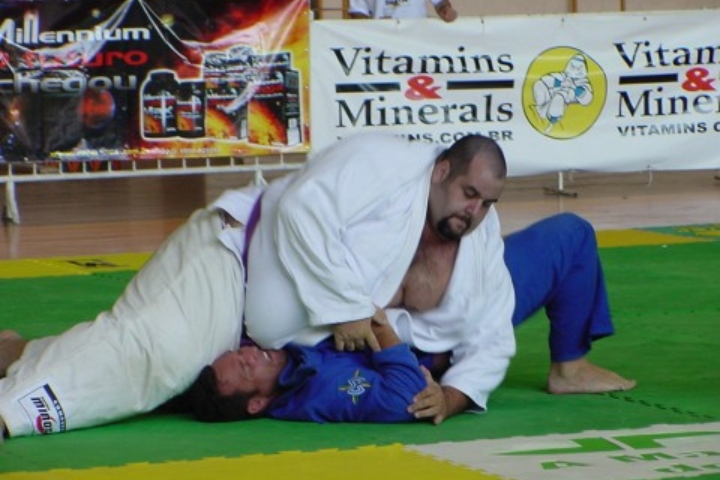 Being on the receiving end of heavy pressure in BJJ is not fun. You have trouble breathing and thinking… And, particularly if it’s the case of going against someone a lot heavier than you, you might even be considering tapping out.
Don’t tap out to pressure. There are three things that you can do to make sure that heavy pressure won’t be such a big issue in the future.

First of all, realize that you won’t die and that you won’t get injured from sheer pressure. Sure, it might feel extremely uncomfortable, but you have to learn that being uncomfortable is just a part of Jiu-Jitsu.
So, as you come to the realization that being in a lot of strain won’t kill you, things will get a lot easier mentally.

Secondly, you have to understand that dealing with heavy pressure is about making space to breathe. For, if you can’t breathe – which is often the biggest issue with pressure in BJJ – you won’t be able to properly defend nor transition to more favorable positions.
With that said, practice finding room to breathe as soon as you’re in a bad position. Find those small openings and use those subtle movements to find the space. It’s possible.

And finally, one of the biggest things you can do for yourself in BJJ is to put in the mat hours. There’s no denying this fact, and there’s no denying it in learning to deal with heavy pressure. For, if you want to become more comfortable with being crushed by the heavyweights, you’ll want to spend more time being crushed as well.
Professor Ryan Young, from Kama Jiu-Jitsu, explains why on the video below: