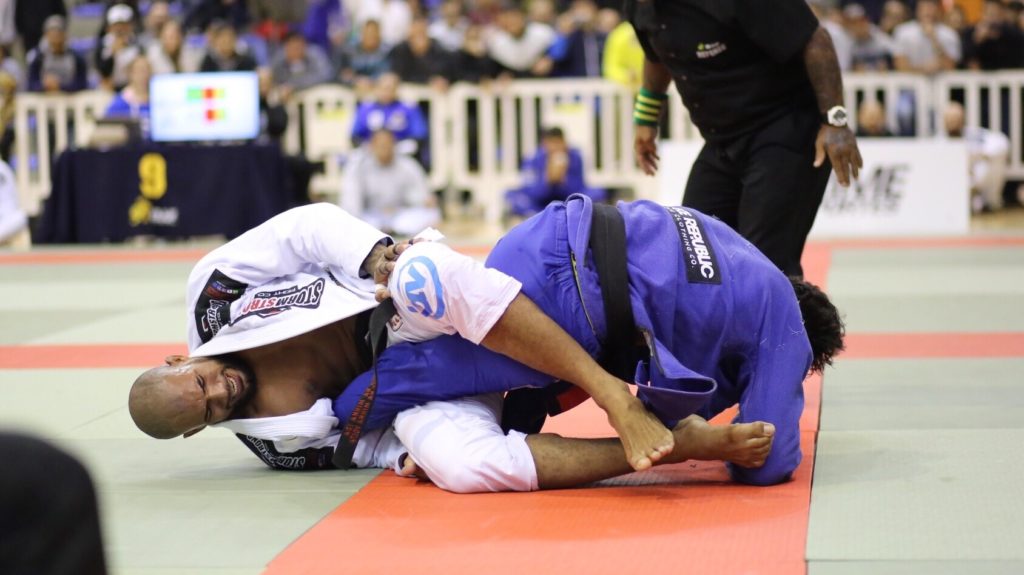 While most of the lower body submissions are illegal for competitors under the brown and black belts, the IBJJF does permit variations of the ankle lock at the lower belt levels. While engaging the lower body can be risky, as you do open yourself up to potentially violating the rules, if you practice each of these moves in accordance with the IBJJF’s rules, they will become a formidable weapon in your arsenal that you can use throughout your IBJJF competition career.

Each of these submissions is a variation of an ankle lock, so while they appear different, the mechanics are identical. For all ankle locks, the key to effectively submitting your opponent is to roll their ankle, not hyperextend it. Keep this in mind as you practice, making sure that you are twisting their foot and not just trying to pull it.

While the ankle lock is often identified under different names — such as “the foot lock,” or “the Achilles lock” — regardless of how it is named, the ankle lock is an incredibly powerful submission hold that should be developed by all Brazilian Jiu-Jitsu (BJJ) practitioners, even the lower belts. Not only will developing a powerful ankle lock provide a grappler the ability to defeat opponents whose guard they cannot pass, but it offers additional value as well: opponents who are fearful of being submitted by an ankle lock will often give up guard passes while they try to hide their feet. And from the bottom, a good ankle lock will allow a guard player to supplement their sweeps and upper body submissions with a lower-body attack.

The key to having an IBJJF-legal ankle lock that is still substantially powerful is to focus on bending the opponent’s ankle, not their knee. The first step to attacking the ankle lock is to overwrap the opponent’s ankle in your armpit; the top of their foot should be on your lat muscles, while the “blade” of your forearm is around their Achilles tendon. Make sure you have a tight grip by pushing your hand all the way across to your pectoral muscle. Once the grip has been achieved, you can fall back to the mat, placing your outside foot on their hip bone as your inside knee moves to your foot to connect. Now, with the grip secure, roll your elbow back behind you, bending your opponent’s ankle. Using the foot you have on your opponent’s hip, drive backward, rolling their ankle and forcing your partner to submit.

Perhaps the most powerful of our three IBJJF-legal foot locks, the tripod ankle lock is simultaneously a strong breaking position that is very hard to defend. You will start the tripod ankle lock the same way you did the classic ankle lock, by over-wrapping your opponent’s left leg with your right arm. But instead of falling backward and potentially giving the top position to your opponent, you will now go forward, driving your left knee across your opponent’s hip and placing it on the mat. At the same time, your left arm should be reaching to the mat to brace your descent.

The key to submitting your opponent with the tripod ankle lock is to extend your opponent’s leg by getting as far away from them as possible: use your free hand, your left in this case, to pull yourself across the mat and away from your opponent’s body. Once their leg is at an almost full extension, drop your hips to the mat as you roll your right elbow behind you. This will bend your opponent’s ankle, forcing them to tap. 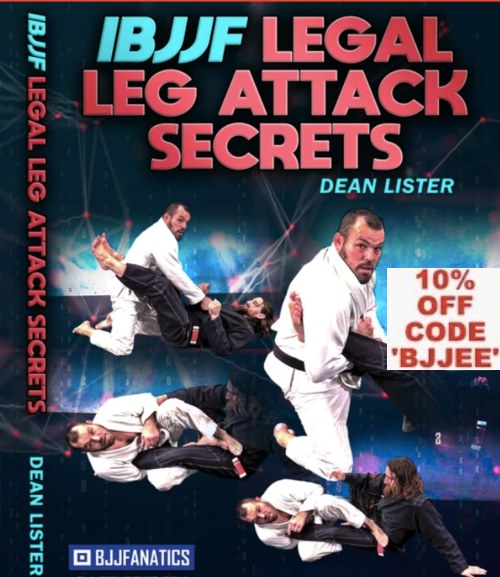