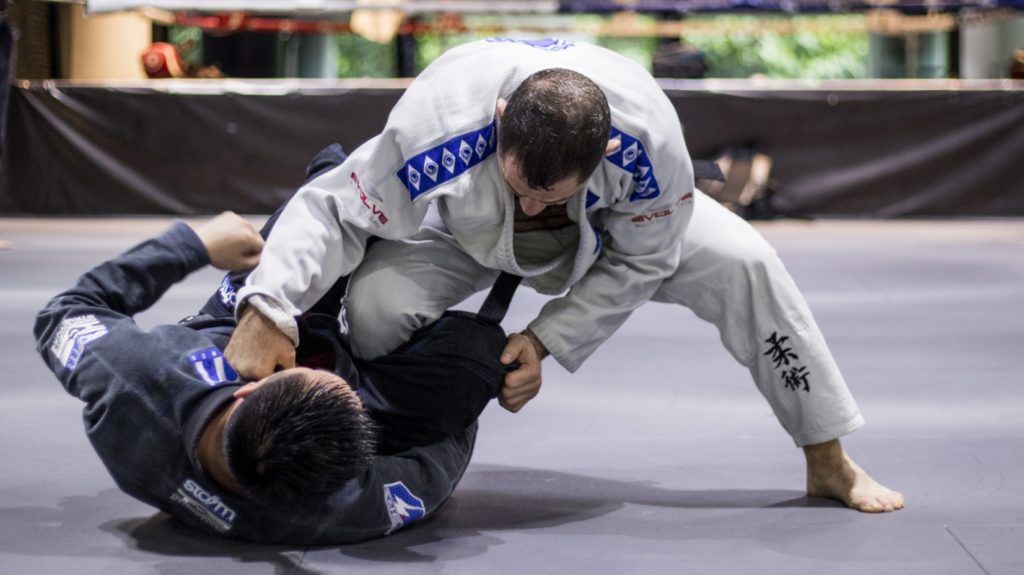 In some sports, natural quickness and agility can be enough to separate the best from the rest.

Not in Brazilian Jiu-Jitsu (BJJ).

Look past the conventional understanding of speed to realize that there is, in fact, mental and technical speed, in addition to physical speed, which can be enhanced by attending BJJ class and practicing techniques.

And in many ways, mental and technical speed are more important than physical speed. Why? Well even if you are the ‘quickest’ of all athletes on the mats, if you can’t mentally process the technique and then execute the technique with fluidity, are you really that fast?

That’s because slow is smooth and smooth is fast in Brazilian Jiu-Jitsu.

Stop and think about that for a moment, because that’s the critical takeaway from today’s breakdown.

Today, we’ll be analyzing the different types of speed in Brazilian Jiu-Jitsu and teaching you how to improve each of these elements.

Mental speed is mostly the quickness of your decision-making.

You might be an incredibly agile competitor, but if you freeze up and become overwhelmed by your options before executing a technique, you’re going to be too slow for someone who makes fast decisions.

It’s not every day that we can compare Brazilian Jiu-Jitsu to ordering food at a restaurant, but that’s precisely what we’re going to do right now.

The first time you walk into a restaurant, you can sometimes feel overwhelmed by the sheer number of options available on the menu. It’s a slow process to read the menu, think about the possibilities, and then finally make a selection. On your second visit, you have a little more information to guide your decision making, but there are still many unknowns. Do you try the same thing or opt for something new? This process continues until one day you’ve tried all of the options and you can confidently make decisions without having to analyze the entire menu in detail.

Brazilian Jiu-Jitsu is much the same. For months and months, you might attempt different techniques, attacks, counters, grips, movements, and everything else that’s possible to find what works and what doesn’t work for you.

At first, our mental speed is slow as we consider all of the available options. But with time and practice, the actions eventually become hardwired in our brains, and we react almost instantaneously in the best way we know how.

It’s a mixture of confidence and experience – both of which can be developed by spending more time on the mats – that affect mental speed.

Without advanced mental speed, it will severely slow down the other aspects of your game, including the ability to execute techniques properly.

See the above video for an example of how flow rolling can be used to develop mental speed by improving decision making.

Technical speed refers to the ability to complete a technique smoothly.

Again, slow is smooth and smooth is fast.

For example, a lightning-fast athlete might be quick to grip their opponent and begin a submission attempt, but if their grips are incorrect or their movement is jerky, it might all be for nothing as he slides his arm out to escape the submission.

Technical speed is a direct result of practice. The more you practice a particular technique or tactic, the smoother the process becomes.

And unlike physical speed, technical speed doesn’t cross over into areas of Brazilian Jiu-Jitsu in which you are unfamiliar or have not practiced. A student might be outstanding at armbar technique because he has practiced armbars for years, but when it comes to takedowns, his technique might be sloppy.

This proves that speed isn’t an overarching attribute or ability in Brazilian Jiu-Jitsu, but more so applies to the areas of the martial art in which you have dedicated the most time to. You can’t expect to be proficient in triangle chokes if you never practice them, for example.

Whereas mental speed is mostly developed through rolling/sparring, technical speed can be improved by drilling specific techniques over and over.

See the above video for 12 specific techniques that can be practiced to improve your fluidity.

Last but not least, physical speed is another important aspect of overall speed in Brazilian Jiu-Jitsu.

In many sports, speed can be a defining attribute that separates the top-level, world-class athletes from everyday competitors in local leagues.

But in Brazilian Jiu-Jitsu, even the agilest and fastest athletes in other sports wouldn’t be able to express their speed on the mats because their mental and technical speed is reduced in comparison to experienced competitors.

When it comes down to it, physical speed is only ever an advantage in the scenario in which everything else is equal. If two competitors have equal mental and technical speed, the martial artist who has the better athletic ability will come out on top.

Unlike mental speed and technical speed, physical speed isn’t best improved by spending time on the mats. Instead, a martial artist will need to undertake vigorous training programs outside of the regular training schedule of drilling and rolling to develop agility, explosiveness, overall physical speed.

See the above video for several ground-based drills that help improve agility in BJJ.

In summary, speed can absolutely be developed and improved in Brazilian Jiu-Jitsu.

Mental speed can be developed by spending time rolling after class. This will help you improve the quickness of your decision-making. With confidence and experience, you will begin to make faster decisions.

Technical speed can be enhanced by drilling specific techniques and focusing on improving the overall fluidity of your techniques.

Physical speed is important, but maybe not as vital as mental and technical speed. This can be improved by practicing agility-based drills.

Want some actionable advice? Roll more, drill more, and spend more time developing your physical ability outside of regular BJJ classes to get an edge over other competitors.