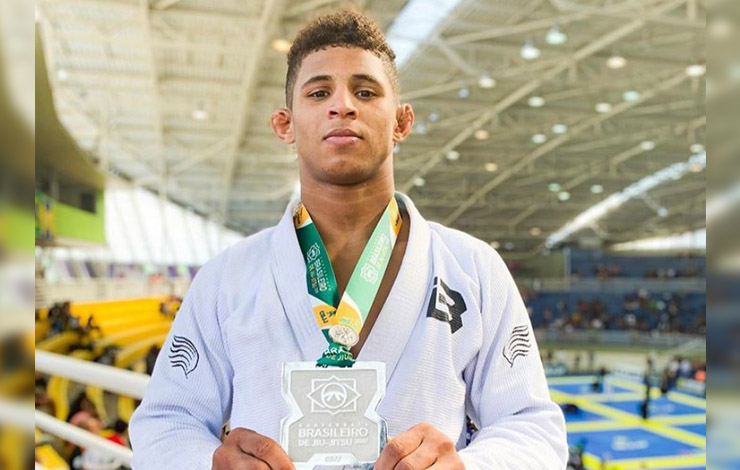 Ronaldo Silva suffered a tragic stroke during bjj this week in Sao Paulo, Brazil. Silva is a World Pro champion at Purple belt level and according to a dream art project account the medical emergency happened while he was performing a “simple grip exercise on the bar.”

Good afternoon everyone.
Our dear athlete and friend Ronaldo Silva had an ischemic stroke on Monday night (approximately 9:20 pm) during a simple grip training on the bar and the picture is really serious. The choice for thrombolytic medication to clear the vessel was made in a very efficient time, thanks mainly to the speed with which the friends acted to take him to the hospital. His brain did not show considerable swelling, which could aggravate the situation and signify emergency decompression surgery by removing part of the skull cap. But unfortunately, the damaged area of ​​the brain, although small, brought motor deficit on the left side of his body, and possible other consequences can not yet be ruled out. Even so, there is already a noticeable and favorable evolution as to its sensitivity to touch on the left arm, leg and face. In addition, Ronaldo has always been lucid, aware, listening and processing information well, already eating alone and speaking with good aplomb. That meant until he answered a question from Isaac about what weight he will be world champion. He said, looking steadfastly: PENA (besides speaking that he was hungry). The rarity of an event like this in an 18-year-old athlete also brings us strong hopes. Add to this the strength, courage and faith of Ronaldo, we know we will get out of this. These first 48 hours were very critical (and still are) and he is in constant monitoring of the area affected by CT scan, admitted to the ICU. Doctors will be on the lookout for causes and thereby assist in the recovery process. The range of factors is not small. The picture is still serious, uncertain and unfortunately it is too soon for an accurate prognosis. We thank you immensely for the excellent medical picture of the Hospital SP, linked to the Escola Paulista de Medicina, and its division of Neurology. The help is not only technical, but a great affection with Ronaldo.
This moment of rehabilitation demands something that we are sure that our entire community can give, which is PRAYER and OPTIMISM. May God, as always, choose the right side of the battle.
.
We are one. We are Ronaldo.