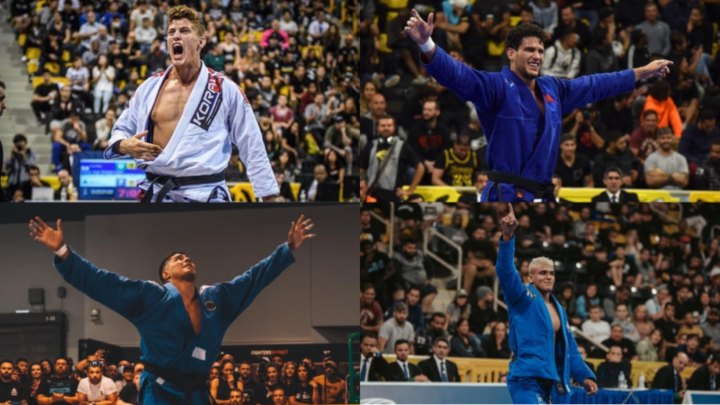 The World IBJJF Jiu-Jitsu Championship of 2021, also known as Mundials or Worlds, is just right around the corner. The event will be held from the 9th to the 12th of December at the Anaheim Convention Center in Anaheim, California. As the athletes overcome the disruption that the pandemic has brought to the BJJ competitive scene, let us look at the athletes that are sure to make waves in the upcoming tournament.

What Is New In The 2021 IBJJF World Championship?

Furthermore, athletes are now allowed to apply outward pressure when applying a toehold. In a straight foot lock, it is now considered legal to move in the direction of the opponent’s opposite leg. Athletes will also be penalized for intentionally fleeing the mat area, where two points will be given against the offender.

Athletes To Watch For In The 2021 IBJJF World Championship

The IBJJF World Championship is one of the most prestigious grappling events in the world. It is an annual tournament where competitors worldwide battle it out for the top spot and become world champions. It is the culmination of the competitive year in which former world champions, grizzled veterans, and rising superstars showcase their skills for the world to see.

Mikey is an accomplished world-class black belt competitor and is known for competing against heavyweights. He is a multiple-time IBJJF World Champion and is one of the top names to come out of the United States. He is currently registered with Team Pedigo Submission Fighting (also known as Daisy Fresh) under head coach Heath Pedigo. He competes in the IBJJF Rooster weight bracket.

Mikey has also been recently competing in no-gi, and with the recent changes in the rules, it will be interesting to see how he can apply his new Mikey lock submission in the gi.

Kaynan is a multiple-time champion from Team Atos, and is considered one of the best grapplers regardless of the ruleset. Having won many IBJJF events, as well as the 2019 ADCC, the 23-year-old star returns to regain his place against the best in the world.

Felipe Pena, also known as Preguiça, is a black belt representing Gracie Barra. Pena is known as one of the best competitors of his generation. This year’s world championship could be the last time Pena will compete. It will be interesting to see how things will shape up as he fights in one of the toughest divisions. He will compete in the black belt super-heavyweight division.

Victor Hugo is a 24-year-old black belt under Xander Ribeiro and is widely regarded as one of the hottest prospects in BJJ. Victor had won many IBJJF events that started when he was a colored belt. He will compete in the ultra-heavyweight division representing Team Six Blade Jiu-Jitsu. He is one of the favorites to win the absolute division.

Meregali is one of the most skilled and intense BJJ athletes you’ll ever see. He has been a consistent performer and has won many tournaments from his early competitive days to black belt. He will compete in the black belt ultra-heavyweight division this year. Meregali represents Team Dream Art.

Leandro Lo is one of the best BJJ athletes to ever compete in the gi. His list of accomplishments is highly impressive. He is one of the few athletes who has successfully competed in different weight classes. It is always a pleasure to watch a legend like Leandro Lo. He will compete in this year’s world championship in the medium-heavyweight division, representing Team Unity Jiu-Jitsu.

Andy Murasaki is also a young phenom from Atos under Andre Galvao. He started training when he was 8 and is now competing as a 21-year-old black belt in the lightweight division. It will be interesting to see how he will match against the rest of the division after his recent promotion to black belt.

A black belt representing Unity Jiu-Jitsu, Guaresi, is famous for his achievements in IBJJF competitions. The 23-year-old Guaresi just won the black belt World No-Gi Championship last October. He will compete in the black belt medium-heavyweight division this coming tournament.

Mayssa is one of the most well-rounded female athletes in the world. Having won the World Championship both in Gi and No-Gi, along with her numerous achievements in grappling at only 24 years of age, Mayssa is definitely someone to watch in this upcoming tournament. She represents Grappling Fight Team (GFT) as a rooster weight.

Mattheus represents Team Checkmat in one of the most stacked divisions at this upcoming IBJJF World Championship. He has won his first 2019 World Championship as a black belt. Mattheus has won multiple IBJJF events and will compete in the featherweight division.

Who Will Win The Absolute Division?

With BJJ G.O.A.T Marcus “Buchecha” Almeida out of the IBJJF Worlds this year, there have been many discussions on the next dominant star in the absolute division. We asked some of the Instructors from the Evolve Fight Team for their thoughts.

“It’s been so long and we don’t know who will be in the best shape. At the moment, Felipe Preguiça Pena is one of my favorites to win, but there’s also this guy, Victor Hugo. He is a big guy, younger and has a good moment. But Felipe Pena has more experience and could win this now. I think maybe it’s his time.”

“My pick is Nicholas Meregali. The absolute division will definitely be overflowing with tough competitors, as usual. Meregali is coming in the ultra-heavyweight division in this year’s competition – the heaviest he has ever been. If he is able to maintain his strong characteristic and aggressive style, I believe that he will come out victorious.”

“About the possible absolute champion in this Jiu-Jitsu Worlds, in my humble opinion, this Worlds will be Felipe Pena’s, the number 1.”

“I think it will be Felipe Pena. I think it is his moment now. No one wants it more than him this year.”

“I think it will be between Nicholas Meregali and Victor Hugo, but I pick Meregali. It will be a tough match if the final goes between these two guys, but Meregali has been chasing this title for a very long time. He was adjusting his game with (Team) Dream Art, so I’m betting on him.”

“Felipe Pena, because he is a great fighter, and he came very close to beating Buchecha who was the favorite for the last few years. In one of his interviews, he said it may be his last time competing at Worlds as he is planning to switch to MMA, and the Worlds absolute is the only title left for him in BJJ.”