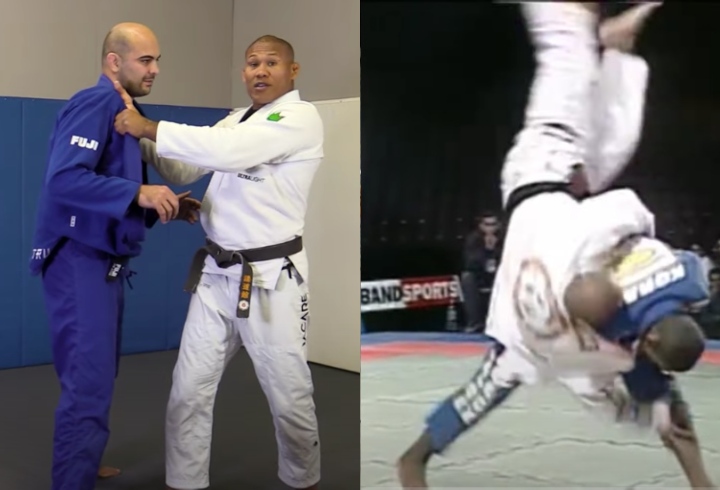 Check out these videos of Jacare doing Judo Randori at Edson Carvalho’s BJJ/Judo academy in New Jersey (students train in both sports), and of Jacare’s best takedowns in BJJ competition:

The best of Jacare’s takedowns:

This video from BJJ legend Jacare Souza shows a great set up for his trademark double grip morote seoi nage. This double grip is extremely powerful. Jacare used this many times in competition and notably against Delson ‘Pe de Chumbo’.

Learn The Powerful Step-By-Step Standing Game Of Ronaldo “Jacare” Souza, One Of The Most Successful Takedown Artists In Brazilian Jiu-Jitsu History & Combat Sports Legend, As The UFC Veteran Shows His Signature Moves With Details He Has Never Shown Before. 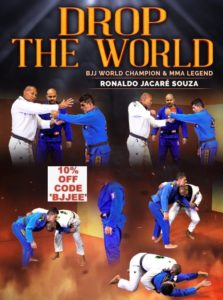