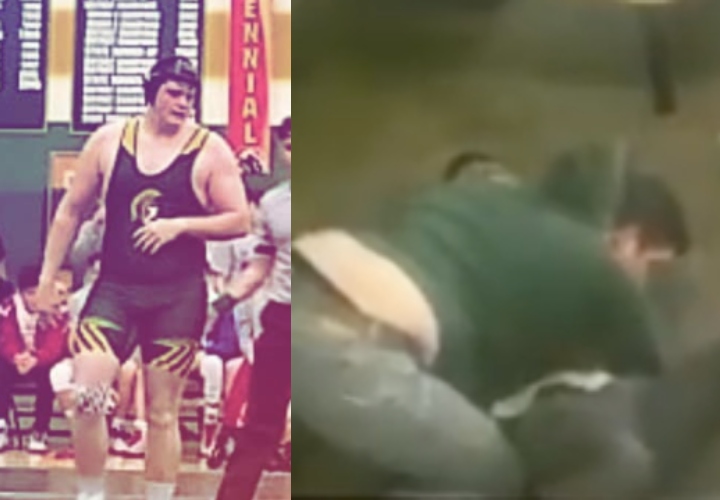 A 16-year-old wrestling champion stopped a kidnapping and assault near Las Cruces, New Mexico, when he body slammed and pinned a 22 year old man to the ground until deputiespolice arrived.

The suspect was trying to kidnap three children at a gas station.

The mother was with her children, ages 9, 2 and 1, and was waiting for an Uber when the suspect grabbed her 2-year-old child and demanded the woman turn over her children.

He then punched the woman before the woman was able to run inside the store with her children. The suspect folowed her.

Cannaan then body-slammed the suspect and got him in a chokehold until deputies arrived.

Canaan Bower is a District 3-5A champion in the 285-pound (129-kilogram) heavyweight division.

The suspect was charged with battery, assault, child abuse and kidnapping.