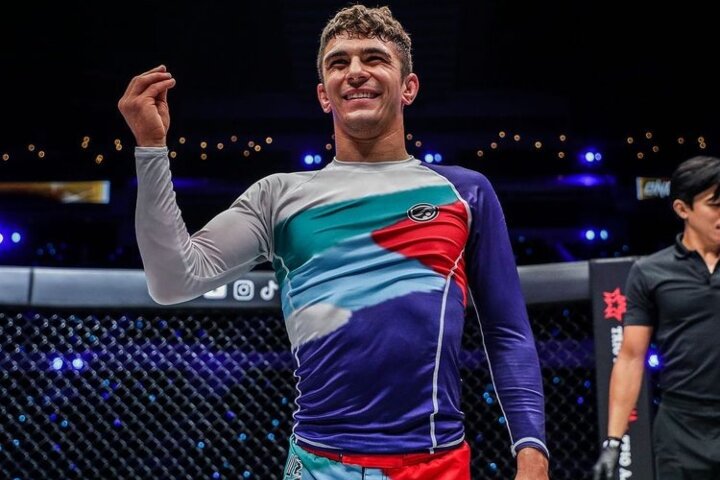 Mikey Musumeci has done it again! On Friday, September 30, he took on Cleber Sousa in the inaugural ONE Championship Flyweight Submission World Title match… And won via unanimous decision!

Immediately after the belt rang, Musumeci pulled guard. Sousa was quick to try and pass it, but Musumeci went for a leg entanglement – time after time again.
Cleber managed to defend against these attempts, however. So, Mikey had to try and set up different attacks.

Throughout the entire match, Sousa maintained top position. But, he was unable to pass Musumeci’s guard, as his opponent was too good in guard retention.
Then, around 6 minutes into the match, Mikey caught Cleber’s shoulder and went for an Omoplata. And the Brazilian once again managed to defend soundly, escaping the shoulder lock.

The intensity of the match turned up in the last 3-4 minutes of the match, as Sousa became more aggressive with his guard passing; even performing a couple of Cartwheel Pass attempts. Mikey was able to nullify these attempts, however, with his excellent guard retention.
As the match came closer to an end, it was obvious that Musumeci was going to win it, as he had more submission attempts.

Declared a winner by unanimous decision, Mikey once again took an opportunity to pose a “respectful request to roll” for Demetrious Johnson: