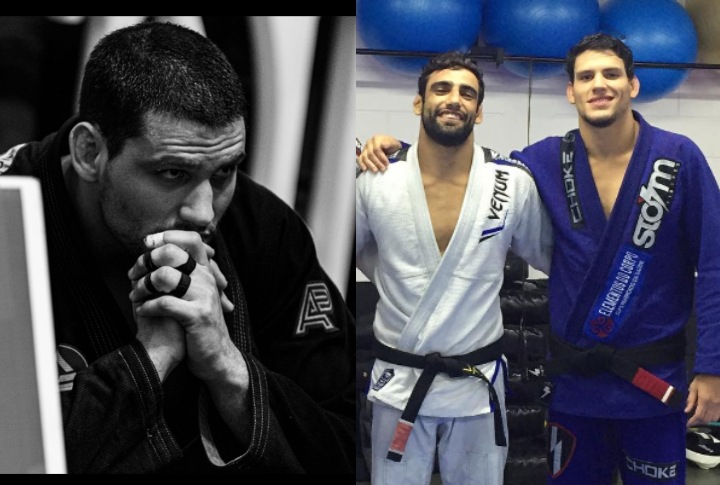 Last Sunday, Felipe Pena and Gordon Ryan clashed heads in a much-anticipated rematch. However, the bout was overshadowed by death of Leandro Lo, who was shot and killed earlier the same day.
Pena was Leandro’s close friend. At around a 45-minute mark, he verbally tapped out, choosing not to continue on with the match. However, it now seems that this decision has had more to do with the emotional state he was in, rather than feeling “beaten” in the bout.

Namely, in a post-fight interview, Pena emphasized that he didn’t even want to go into the match after hearing about Lo’s death… And criticized Gordon’s behavior:

I’d just like to say one thing here. Everyone’s clapping for this guy [Gordon Ryan]… He’s a really good guy here on the mats, but he’s a guy that doesn’t have a heart.

Today, one of the best people and one of my biggest friends, died. And I went to FloGrappling and said that I don’t want to fight anymore. And they said: “I know how it is, I see how you are. That you are not mentally prepared for this fight.” And the guy [Gordon] just said: “No, whatever. This fight is going to happen. I really don’t care.”

So, that’s it guys… Thank you and sorry.

Pena initially tried to get the match stopped at around the 30-minute mark. He didn’t succeed at doing so, so he decided to keep going for around 15 minutes more; after which he verbally tapped out.