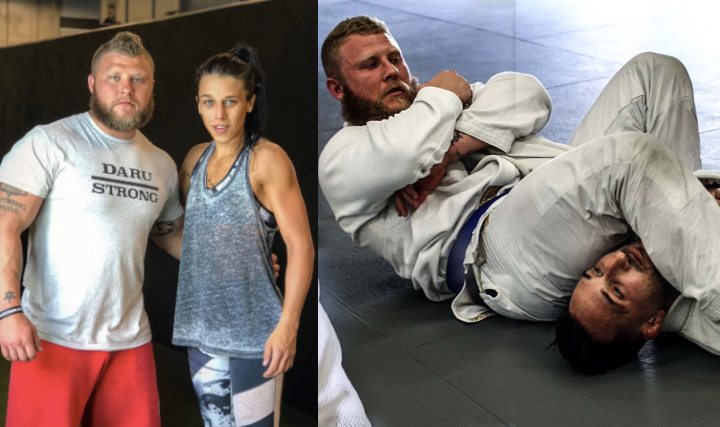 Coach Phil Daru made the news earlier this week when he announced that he was leaving his position as Head Performance Coach of American Top Team.

Daru is also the owner and creator of Daru Strong Training Systems. Daru has degrees in sports medicine and exercise science from Alabama State University where he played division 1 football

Daru was also a pro MMA fighter, and has competed in strongman, bodybuilding, and Bjj Gi and No Gi. He currently competes in powerlifting.

Daru wrote on his IG:

“Well it’s been fun #Att but it’s officially time for me to do my own thing. If your not progressing your dying, evolution is necessary for survival. Im excited for the new chapter and blessed to be opening up 2 new training facilities in south Florida where we will focus on sports performance and fitness in two separate locations. ⠀
⠀
I’ve been with American Top Team since I was 19 years old as fighter and coach I truly appreciate and respect the opportunities I’ve been given. I still will be coaching @dustinpoirier @edsonbarbozajr @joannajedrzejczyk @juniorcigano @andreiarlovski @jay185 and whoever else wants to continue training at my own facility. ⠀
⠀
The ultimate goal in life is to never settle for average and always keep striving for more success. I’m opening Daru Strong Fitness which will focus on general fitness and bootcamp training along with Daru Strong Performance at @vaughnsportsacademy in partnership with @movaughn_42 where we will be working with all of my combat sports athletes and other athletes in sports such as baseball, football, track & field, basketball, and soccer.”

In this video, explains his reasons for leaving and what he plans to do: