Tips For Using Running As Conditioning For BJJ 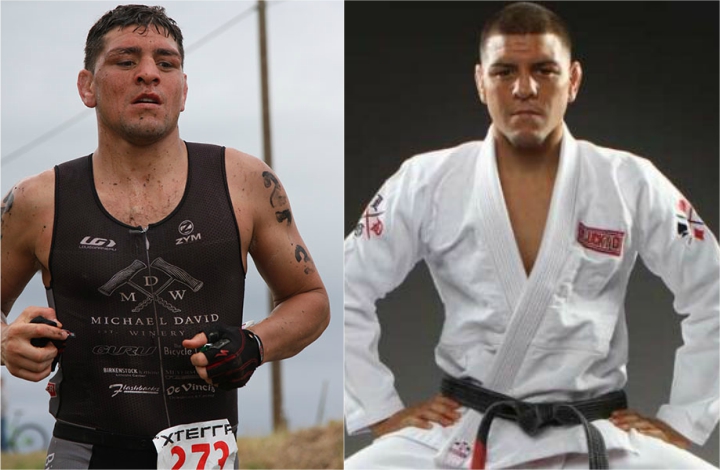 Brazilian jiu-jitsu(BJJ) is a complex martial art that focuses primarily on grappling, rolling, and fighting on the ground. Some people use BJJ training and conditioning as a way to get into shape. Others have a real interest in the combat sport. Either way, there’s no denying the profound effects it can have on the body over time.

BJJ is a mixed sport in the sense that it is not entirely aerobic and it’s not entirely anaerobic. It is a combination of both and requires conditioning that focuses on both. In any given BJJ match, you will be relying on the aerobic system as well as the glycogen-lactic acid system for energy.

Aerobic running is when your run at a pace where your body is taking in enough oxygen to fuel your movements. Your body can efficiently use each breath and then, the excess is exhaled along with CO2 and water.

Anaerobic, on the other hand, is when the body does not have enough oxygen to fuel the muscles. This typically occurs when you increase the speed. A sprint is considered anaerobic exercise. You don’t have enough oxygen so the body must break down sugars for energy. This causes them to produce high amounts of lactic acid in the body instead of producing only carbon dioxide and water as a waste product.

Run In A Way That Mimics Your Rounds

For the best results, you must train the body in a way that mimics BJJ rounds. This will vary somewhat depending on your belt level. If you are a white belt, then matches are around five minutes. This time increases gradually with ranking. The average match time for a purple belt is around seven minutes.

Keeping this in mind, a person with a white belt should create a running regimen that lasts for five-minute sessions. It should also be designed in a circuit manner with periods of anaerobic and aerobic running. 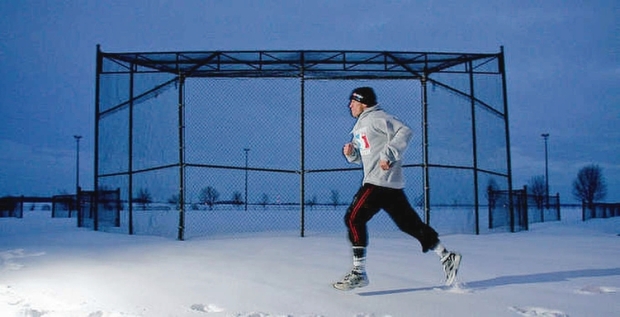 Georges St. Pierre does sprints by himself in the snow at dusk in a park near his St. Isidore home February 2, 2006. St. Pierre has a running routine.

Running The Right Amount Of Time

Of course, running alone is not a sufficient method of training for BJJ. It is great for increasing strength and endurance. It also helps to prepare the body for the strain of moving between anaerobic and aerobic states. However, additional training is necessary, such as strength training and actual BJJ sessions.

You also want to avoid overtraining, especially if a match is near in the future. It is much easier to overtrain the body if you are not getting proper nutrition and rest. These factors must be taken into consideration when your deciding what days and how frequently to run.

Two or three days a week is an adequate amount of running if there is a match in the future. You will be cutting down on lifting weights as a competition closes in, so replacing that time with BJJ sessions and running will help keep you sharp. If there is no competition, then twice a week is perfectly acceptable.

Running may be what you are missing out on if you find yourself struggling on the mats. However, it should never replace actual BJJ sessions or training. Remember to focus on building a running circuit that consists of anaerobic and aerobic exercise. Run in a way that mimics a competition, but refrain from overtraining the body.