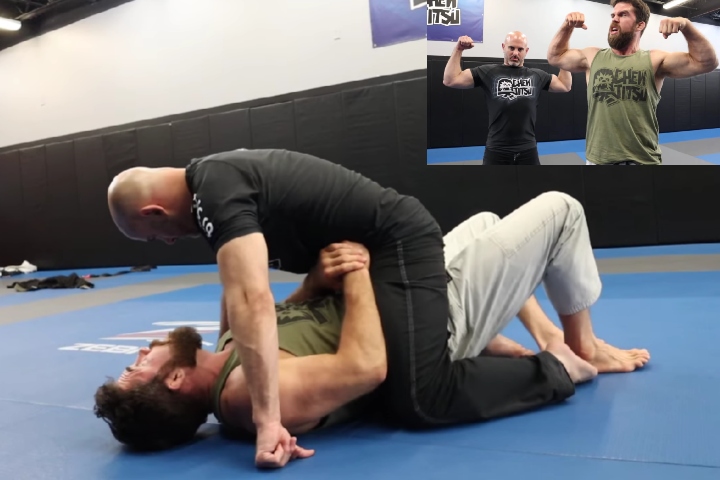 If you’re a strong BJJ athlete, you’ve probably received your fair share of “you’re so strong” compliments. But joke’s on them; it’s much better to have strength than it is to not have it! You just have to learn how to use hand-in-hand with technique.
For example, here’s a technical Mount Escape that will work great. Especially if your bench press numbers are high.

You’ve probably done the following Mount Escape once or twice… You place your hands on the training partner’s hips and BAM! You just lift them off of you.
This might work from time to time (against lighter and less experienced people), but it’s a poor decision if you want to keep making progress. But here’s an alternative that is similar.

Instead of placing both of your hands on the opponent’s hips, place just one on the same-sided hip. You can do so either with a closed or with an open fist. Then, use your other hand to reinforce this frame by gripping your first hand’s wrist. Also, make sure that your legs are fully extended prior to doing any of this.
From there, bend your legs back below your hips, and start pushing with your frame while rolling over the opposite-sided shoulder. You’ll be surprised by how easily your training partner will be shaken off – and now you can either retain guard or go for a Leg Lock.