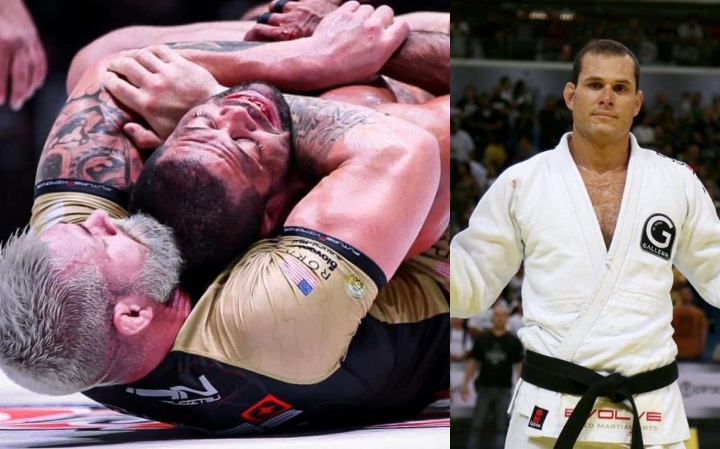 No-gi Jiu-Jitsu has been growing exponentially in the United States and the results are reflected in the achievements of Gordon Ryan . The American, who shone in this year’s edition of the ADCC, has already stated a few times that the North American country will leave Brazil behind in the No-Gi competitions. Roger Gracie , who knows the subject well, gave his opinion.

A 2x ADCC champion, the Jiu-Jitsu black belt was on Resenha TATAME, a TATAME Play program on YouTube, and commented on the current state of Brazilian BJJ gyms and instructors, when compared to what is practiced in the United States United.

Gracie stated: “The main reason why Brazil has been overtaken in No Gi is that you don’t have any high level No Gi only academies in Brazil. In Brazil, the best academies, such as Alliance in Sao Paulo focus mostly on Gi and will take the Gi off and focus more on the No Gi before the competition.”

“In USA they have many more No Gi only academies and they only train that and focus on that all year long.”

“All the best competitors, instructors, they all move to the United states or abroad to open academies. It is so more lucrative to open an academy abroad in the USA compared to an unstable economy such as Brazil.”

Brazil, the cradle of Jiu-Jitsu, was responsible – from the beginnings to the present day – of producing great athletes for our sport. In competitions, Brazilian fighters, mostly ensured most achievements, thus keeping the country at the top of the sport. However, currently, BJJ fighters of other nations are winning many top championships. This is due to the fact that, that in recent years, some of the top Brazilian athletes leave Brazil to spread the art abroad, especially to the United States and Europe, to spread and teach Jiu-Jitsu as a martial art, and get a better life.

Another reason for the globalisation of Jiu-Jitsu world is the fact that the federations are increasing the number of championships in various parts of the world, which spreads and promotes the sport among other nations. To talk more about the subject, TATAME talked with Caio Terra , multiple times world BJJ champion:

The truth is that competitive Jiu-Jitsu is something that accelerates a lot the growing of BJJ in a city, state or even country. It was when the Mundial moved to USA that things started growing around here. Now BJJ is expanding a lot throughout Europe because we organise a lot of IBJJF competitions around there. The IBJJF is doing a great job in the US, Europe and is now starting in Asia. But unfortunately, this also means that the most important competitions are no longer in Brazil, which slows the growth of our art in our country. Also because of that, many top athletes went to live abroad, searching for better opportunities and to be closer to the events. The positive side is that it balances the chances of a non-brazilian to be champion. I am brazilian and support the brazilian athletes, however I support even more the Brazilian Jiu-Jitsu, and for the sport to grow we need to have it balanced. Brazil will always create great champions. Like in football a sharp mind counts a lot. The brazilian people is the most creative people in the world and will keep forging champions”

If Brazilians still dominate the Gi aspect of Jiu-Jitsu, the No Gi (submission wrestling) is already lost. At this year’s ADCC, USA completely dominated the competition, taking 5 gold medals compared to Brazil’s 3. This was the first time in ADCC history that this had happened.