From Pankration To Modern MMA 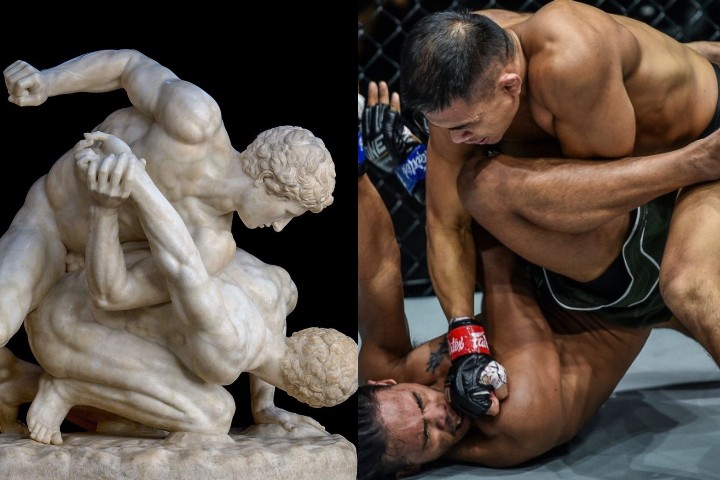 Mixed martial arts has been the fastest growing sport worldwide for over two decades, and many say it’s only a matter of time before it takes over boxing’s spot as the most popular martial art. Modern mixed martial arts started in the early 1990s, with the Ultimate Fighting Championship being established in the U.S. by Rorion Gracie and Art Davie.

For many fight fans who watched the first few UFC tournaments, the experience was surreal. For the first time, it seemed like, fighters from different fighting styles were allowed to compete against each other to prove how effective their styles were. Little did anyone know, that idea would change how people worldwide viewed martial arts.

Not everyone who watched the early UFC fights instantly became fans. Others like the late U.S. senator John McCain came close to getting the sport permanently banned, describing it as “human cockfighting.”

Fortunately, the UFC worked with athletic state commissions to develop the unified rules of MMA. The no holds barred format was abandoned, and rules were introduced to protect fighters. Time limits were imposed, and fights were broken up into five-minute rounds.

Fast-forward to two decades later, and virtually everyone knows what mixed martial arts is as it’s been accepted by most countries as a legitimate, safe sport.

Interestingly enough, mixed martial arts isn’t the first sport to allow fighters with different fighting backgrounds to test their skills against one another. This article will discuss the different fighting styles that eventually led to modern MMA.

Breaking Down The MMA-Like Fighting Styles

Here are the different fighting styles that led to modern mixed martial arts being created:

You didn’t think we were the first generation of humans to enjoy scraps, did you? Humans have gathered to watch the best fighters go head-to-head since the earliest civilizations. There’s a reason why most cultures have their ancient fighting styles, from Dambe in Nigeria to Kalaripayattu in India.

Pankration was a popular martial art in ancient Greece, and it shares many similarities with modern MMA. Fighters were allowed to use their punches, kicks, wrestling, and submissions to subdue their opponents, and there were very few rules besides no biting or eye gouging. It is believed that even biting was allowed in the Spartan version of Pankration.

There were no weight classes in Pankration. Instead, fighters were broken up into two divisions based on their ages: one for men and another for boys. The sport was part of the Olympic Games as early as 200 BC.

Shuai Jiao is a Chinese fighting system that goes back as far as the Han Dynasty. It started as a system to teach soldiers hand-to-hand fighting techniques they could use on battlefields, incorporating kung fu and grappling techniques. Punches, kicks, throws, and joint locks were all allowed in Shuai Jiao.

Shuai Jiao would have looked a lot like modern MMA in its early days, but strikes are no longer allowed in its modern version.

Our list wouldn’t be complete without going over Bruce Lee’s influence on modern mixed martial arts. A life-long martial artist and famous actor, Lee created Jeet Kune Do based on his experiences at competitions and self-defense. Lee wasn’t a huge fan of limiting himself to one martial art system and decided to take what was best from all the martial arts he had studied to create a complete fighting style.

“I have not invented a ‘new style,’ composite, modified or otherwise that is set within distinct form as apart from ‘this’ method or ‘that’ method,” Lee said when explaining his new fighting system. “On the contrary, I hope to free my followers from clinging to styles, patterns, or molds. Remember that Jeet Kune Do is merely a name used, a mirror in which to see ‘ourselves’. . . Jeet Kune Do is not an organized institution that one can be a member of. Either you understand, or you don’t, and that is that.”

Bruce Lee’s popularity on the big screen spread his fighting philosophy worldwide, and many martial artists saw the wisdom in his words. Suddenly, martial artists started challenging each other in mixed-rules competitions. One of the most famous matchups was Muhammad Ali’s fight against Japanese wrestler Antonio Inoki.

Shootfighting is a hybrid martial art that was started in Japan. It mixed techniques from different martial arts like Kenpo and wrestling with fewer rules than modern MMA. Fighters were allowed to use all the weapons used in modern MMA, like punches, elbows, knees, and kicks, and they could also use techniques that would get you disqualified in modern mixed martial arts, like headbutts.

Fights are won when a fighter taps out, gets knocked down five times, or takes more than 10 seconds to get up from a knockdown. Fighters were allowed to grab the ropes to force a submission to be broken up (WWE style), but doing that more than 15 times would earn them a loss. Fights consisted of 30 minutes of non-stop action and were declared draws if both men made it to the final bell.

All takedowns and throws were legal, and ground strikes were allowed. Most joint locks and chokes were also allowed during fights. The only rules were no punches to the face since fighters didn’t wear gloves (slaps and open hand strikes were allowed), no groin strikes, no strikes that target the windpipe, and no eye-gouging. Some of the more famous modern mixed martial artists from shootfighting backgrounds include Ken Shamrock, Alexander Gustafsson, and Kyoji Horiguchi.

Vale Tudo set the course for what we know as modern MMA. It was popularized in Brazil in the 20th century, allowing fighters from different martial arts to compete in an “everything goes” setting. The Gracie family help to popularize it by challenging martial artists from different styles to test their skills against theirs.

After a while, fighters in Brazil started training Vale Tudo as its own fighting style. For example, former UFC light-heavyweight champion Mauricio “Shogun” Rua describes himself as a Vale Tudo fighter. Vale Tudo would transition into modern MMA when Rorion Gracie moved to the U.S. and founded the UFC. The term Vale Tudo is still used interchangeably with MMA in Brazil.