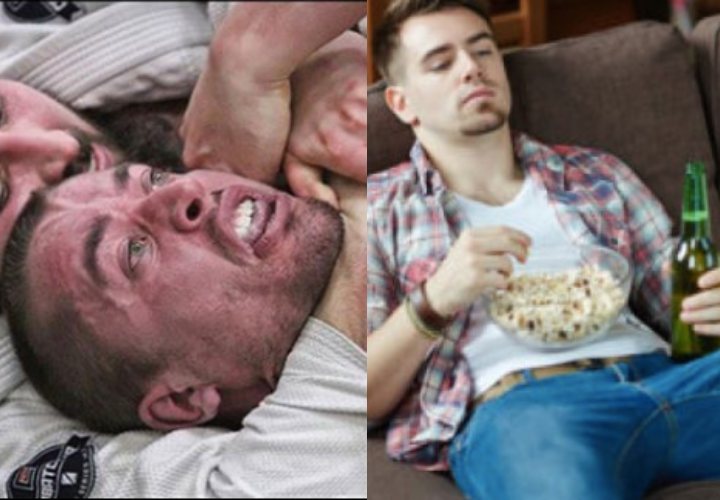 The dropout rates in bjj have long been considered very high. Commonly most academies at any given time have about 50% of class populated by white belts – beginners who opted in for the course but it’s unclear how long they will be able to stick with it.

If you look at your academies pictures through the years you’ve been training you’ll notice the undeniable turn over. But why is that a part of the bjj journey?

Of course as the great Spiderman quote goes: “With great power, come great responsibilities. “. Similarly with being a grown up come all the demands including those related to finances – money demands, long term goals, ambitions. And maintaining a certain lifestyle isn’t cheap at all.

When we go over the initial costs covering academy fees, a gi, mouth guard, rash-guards there’s also a never ending need for .. well food. But even though you can always hear Tonon and the gang bragging about cheeseburgers for the rest of us over 25 it usually means eating lean protein and monitoring our diet all the while watching that we don’t ingest something that will make us gassy.

Well for some of us quitting isn’t really an option, we are hooked and sitting through everything else in life is a chore in comparison.

Still a lot of other things beyond  our control also factor into it – work, social events, family and even other hobbies. Doing something consistently a certain number of times per week only gets more complicated as we age.  And injuries are a huge factor.

‘Blue Beltitis’: Why Some People Quit BJJ at Blue Belt

Many of us have started bjj well past our prime – meaning our body isn’t necessarily worn out but it’s not used to the stress of demanding training either. The younger the person the better they recover from the demands but for the rest of us there’s also the need to mix in plenty of recuperative activities – like yoga, massages, swimming, and hey even a good solid night’s rest.

And some just can’t take this sacrifice nor the constant punishment if they fail to do so!

And then there’s the matter of motivation. Taking the grind is one thing but taking it in stride is a whole other thing.

Looking at motivation in a studious way there are internal and external motivators and similarly both inner factors and those outside of us have almost equal footing.

BJJ belts are a type of a reward/accomplishment system. While they should be reflecting objective skill levels through the expansion of bjj and different academies within a system they’ve taken a different path.

Some view belt levels and even stripes as a competition between peers while others view them in an inner system. It’s entirely upto the instructor to read the situation and react accordingly.

Promotions can make for a good motivational factor but for many they fail to live upto their expectations making them a little defeatist.

Of course this is a fault in the human design and it relates to other aspects as well.

For the typical beginner, facing constant submissions can be quite frustrating and making them put the ego entirely aside. BJJ certainly fosters the resilient spirit in matters of both body, mind and soul but it surely cracks a few eggs along the way.

The end game is typically nowhere in sight even though most white belts have an aspiration to make it to black belt. While some are very much hooked from the very beginning others are less captivated and as such are more susceptible to the grind. In the end the strong will will prevail but as long as there’s a goal in mind and every step of the way is fun. If you find your mind drifting out and lack the will to show up perhaps you should consider re framing your motivation or making a detailed plan that will enable you to move your jiu-jitsu journey along all the while allowing you to make time for other obligations as well as spending.