‘Blue Beltitis’: Why Some People Quit BJJ at Blue Belt 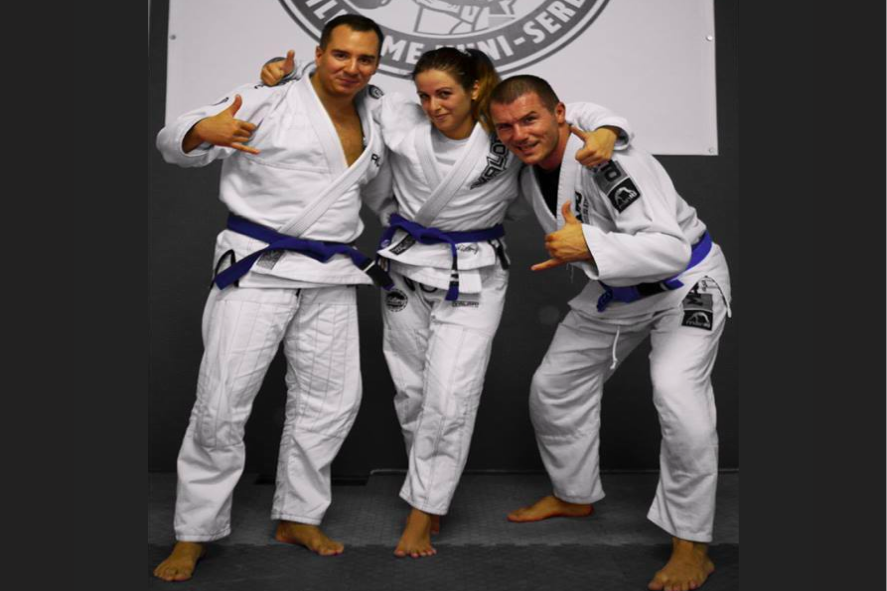 “After reading many threads recently from white belts wanting their Blues i just wanted to warn you people of a vicious disease to watch out for that can easily infect people who get a belt too quick,but can also infect anyone else who gets a new belt.
The illness can take the form of a common cold,lasting a few days,or it can mimick a nasty flu bug,lasting a couple of weeks.

In extreme cases it can take as long as a broken limb to heal-MONTHS and in a few documented cases it can infect and never be healed.

This disease leaves the Infected person feeling unable to train due to the intense pressure on their ego of having to defend their new belt in sparring and the possibility of a lower grade tapping them out.

You may notice the beginnings of the infection as it takes hold with things like-you will find a reason you have to work late and not go training. Persuading yourself that you have a slight injury or strain and to miss training. You may find yourself only training on friday nights when you know most guys will not get to the dojo. You may find yourself at Judo more often where you don’t feel the pressure of your new BJJ grade under the guise of “needing to work on takedowns more.” You may only realise the infection is taking a hold when you find yourself in a Gym, Bench Pressing and doing Bicep Curls when you should be at class rolling.

You will know you have beaten the disease when you look forward to rolling with the naturally athletic Body Builder white belt with unbelievable talent, so you can test your sweeps and submissions from guard.”

It’s a known fact that after attaining the BJJ blue belt many people eventually drop out of BJJ. It may be because of a drop of interest after attaining a first goal, life getting in the way or some other reason. These 2 videos highlight why some people quit Jiu-Jitsu at blue belt and the next steps that you should do after attaining this first landmark and how to go forward in your Jiu-Jitsu journey.

Pass guards by setting up leg locks? In his newest release from BJJ Fanatics “How to Pass Guards Quickly and Easily” , Craig Jones shows his favorite methods to pass the trickiest guards out there by using his leg lock prowess and set ups to make the guard pass more likely.