Andrew Tate: “Bjj is Useless in the Street” 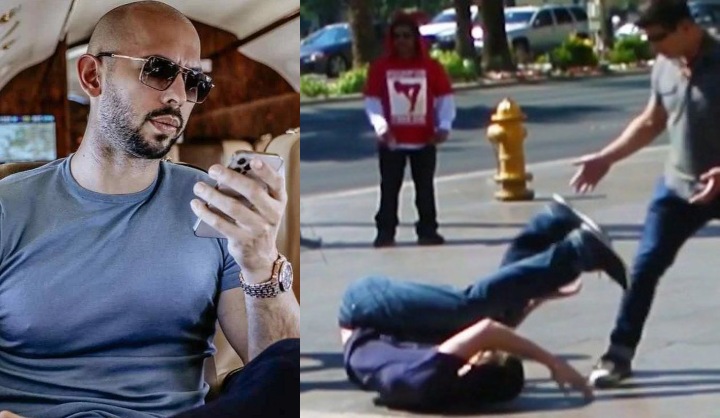 We know. We know that you had the following question pop up in your head once or twice: “Jeez, I’m actually getting good at this Jiu-Jitsu thing. But I wonder, how well would I do in a street fight, in a life-or-death situation? Or when I’m outnumbered?”
Well, controversial and outspoken former pro kickboxer Andrew Tate has an answer for you. And it’s the one you’ll want to remember for all times:

“BJJ outside of the cage is useless.”

“Rules of a street fight, stay on your feet. Use your hands. Do not go to the ground.”

“BJJ and wrestling are useless if you have multiple attackers.”

But who is Andrew Tate, and what does he know about fighting?

Andrew Tate is a retired American-British kickboxer and now social media influencer. Following his storied kickboxing career, Tate made a move to influencer marketing–but his online presence has been controversial.

He has made very borderline statements on topics such as sexual assault has been seen by critics as misogynistic.

He has fought at a high level in kickboxing winning the ISKA world title. It was Tate’s second world title in two different weight divisions.

He has one amateur MMA win over UFC vet Luke Barnatt and one pro MMA win by KO.