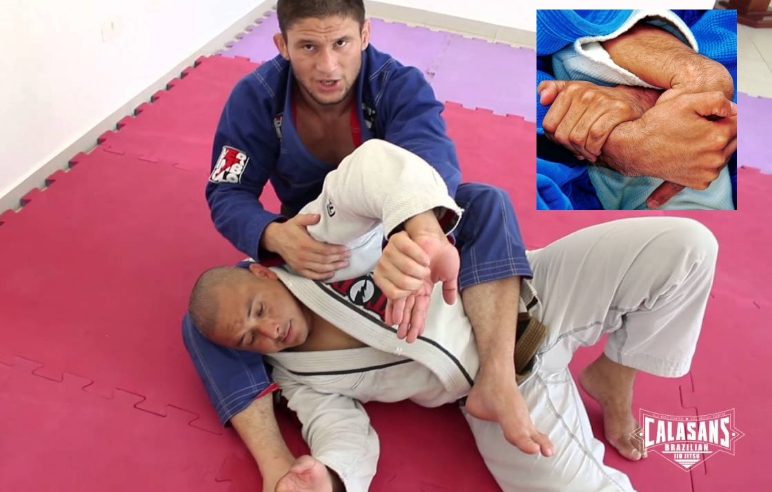 The wrist is a very complex joint(s). The wrist is composed of 8 bones (2 rows of 4) that are tied together with a web of ligaments (almost 2 dozen). These structures create a bridge between the forearm (radius + ulna) and the 5 metacarpals of the hands. The wrist is technical two joints: radiocarpal and midcarpal joint. The wrist has 2 degrees of freedom (flexion/extension, radial/ulnar deviation). What does this mean for a martial artist?

Most injuries that occur are either flexion-based (classic wrist lock) or extension-based (faulty landing on an outstretched hand). Note: There are fancier wrist attacks that may challenge the wrist’s radial/ulnar deviation. While there are a lot of structures in the wrist that could be damaged there are some common injuries: Ligament damage (sprains) are more likely with low-energy excessive/forceful motion (wrist lock) while fractures may happen following a high energy compression (fall from a takedown or a sweep). 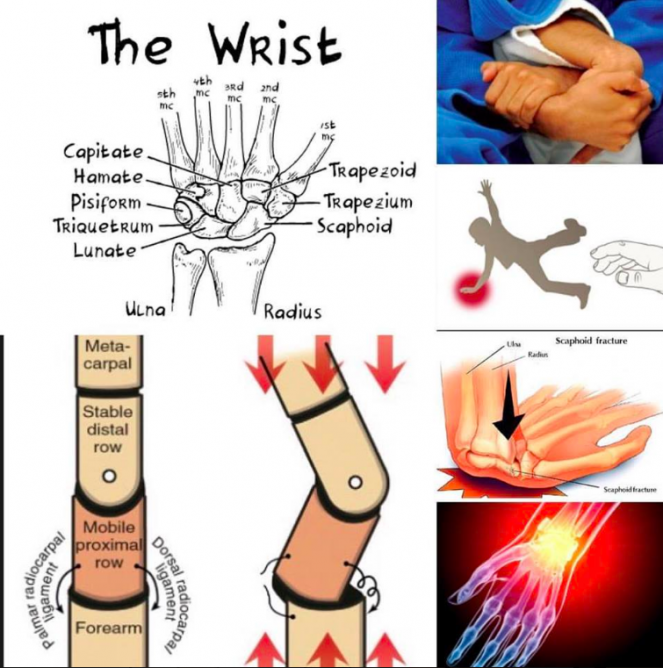 There are two wrist bones in particular that are important: scaphoid and lunate. When a compression force is introduced to the wrist the force lies in the same plane as the scaphoid. The lunate is a bone that is dependent on ligaments for support with some assistance with articulation with the scaphoid. When a compression is introduced to the wrist 80% of the force passes through these two bones. That is a lot of energy absorbed by these two tiny structures.

The two most common ligament sprains or ruptures involve the scapholunate or lunotriquetral ligaments. The most common fracture is the scaphoid. In addition to be the likely bone to break, it also has a poor blood supply so it does not heal well. If a scaphoid fracture occurs it could lead to malunion or avascular necrosis (bone death) if not addressed appropriately. Other common injuries involve the triangular fibrocartilage (TFCC), which absorbs the other 20% of the compression force or possibly a dorsal capsule avulsion.
Watch out for those wrist locks!