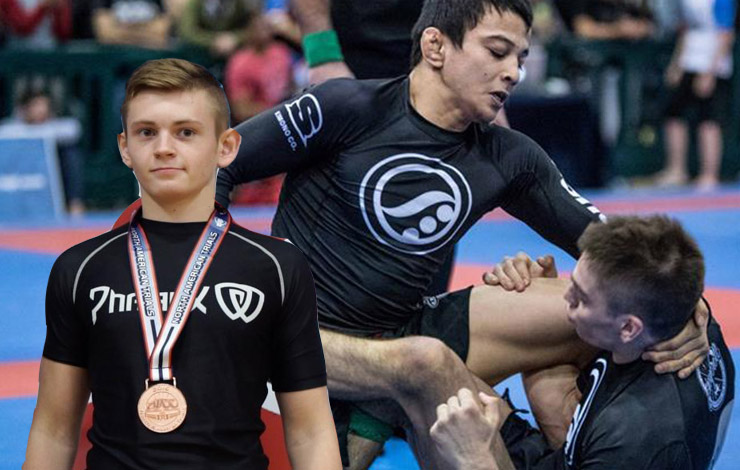 Polaris 8 featured the clash of a leglock legend – Imanari with the bannerman of the new generation, young Nicky Ryan (17).

Imanari stepped in for injured Ashley Williams and Nicky Ryan, who wants to go down in history as the greatest grappler of all time, started by submitting Imanari by rear naked choke and becoming the Polaris featherweight champion.

Post fight Nicky Ryan weighed in on what’s next for him telling the commentator he’s looking for some big names including Gianni Grippo, Bruno Frazzato, or either Miyao. Worth noting is that young Ryan was dodged hard by AJ Agazarm in lead up to the event

Ryan also gave an interesting interview to MMA Fighting post fight saying Imanari was a tougher opponent than he expected in addition to crediting Imanari with influencing his career: