Muscle Strength Vs. Muscle Endurance: Which Is More Beneficial For Grapplers 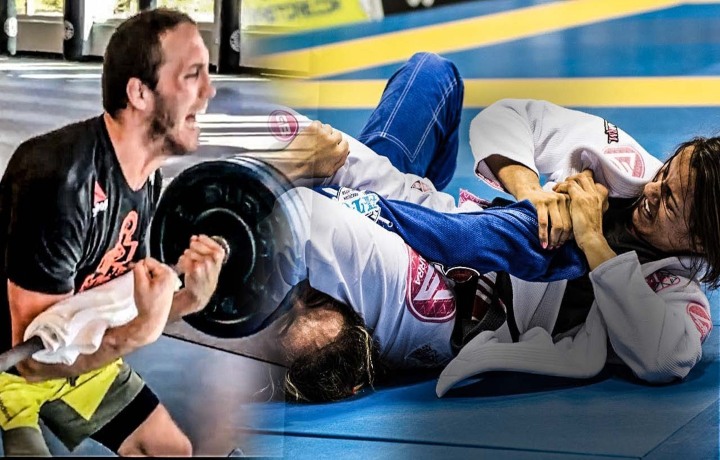 Here’s a question that’s been asked for ages with no clear-cut answer. The simplest way to answer the question is by acknowledging that muscle endurance and strength are both beneficial for martial artists in different ways. It comes down to what you’re explicitly preparing for to determine which is more useful to you.

Being big and strong is typically an advantage for combat sports like Sumo and Wrestling, but it can be a disadvantage in combat sports like mixed martial arts. We’ve all seen big, muscular fighters like former UFC welterweight champion Tyrone Woodley struggle with their cardio inside the cage. That’s because the larger your muscles are, the more nutrients and oxygen they need to keep them going. As a result, big muscular people typically do not have the cardiovascular endurance that leaner athletes exhibit.

Having leaner muscles is typically more beneficial for you in fast-paced combat sports like Muay Thai, boxing, and mixed martial arts. These sports require you to perform at a high level for extended periods. It’s no surprise that most of the top-level athletes in these sports, like Floyd Mayweather, have lean physiques.

That doesn’t mean muscle strength isn’t beneficial in these sports. Being strong is beneficial in most sports since it leads to more explosive and powerful actions. For example, Mike Tyson was known for his incredible strength during his prime and had a big, muscular physique. Tyson’s strength and other attributes like his speed, footwork, and effective use of the peek-a-boo style made him one of the most dangerous heavyweight boxers the world has ever seen.

However, Tyson’s muscular frame might have been a factor when things didn’t go his way inside the ring. For example, Tyson’s first two losses were via knockout during the later rounds of fights as fatigue crept in. His intensity typically went down the longer a fight went on, allowing fighters like Buster Douglas and Evander Holyfield to capitalize on his limited gas tank. This is an issue muscular athletes often face in fast-paced martial arts.

Still, muscular strength can be a good thing to have for many martial arts. Muscle strength gives you more of an advantage in grappling-based martial arts, where you can wear your opponents down with your strength. Combine muscular strength with high-level technique, and you’ll be virtually unstoppable on the mat.

Figuring Out What To Focus On

For example, when we think of the ultimate symbols of strength training, we think of big burly guys that compete in Ironman tournaments and things along those lines. These people focus mainly on getting bigger, stronger muscles when they train, with very little endurance training. They typically do this by lifting heavy weights.

As a martial artist, you want to end up somewhere in-between these two extremes. Both attributes can be very advantageous in martial arts contexts. You do that by incorporating strength and endurance training into your fitness routine.

Your goals as a martial artist should determine if you should focus more on what aspect than others. For example, if you only train in martial arts and have no plans to compete, it’s okay to focus more on strength training than endurance training since the only time you might have to use your skills outside the dojo would be in self-defense scenarios. Such fights typically last less than a minute, so cardio plays a minimal role.

If you plan to compete as a mixed martial artist, you want a nice balance of both. Physical strength goes a long way inside the cage since it allows you to power out of disadvantageous positions even if your technique isn’t up to par.

UFC legend Matt Hughes once said being strong is the best defense for MMA. Hughes dominated the UFC’s welterweight division for years, and his two main attributes were his wrestling and “farm boy” strength. A good wrestler is enough of a challenge to deal with, but a good wrestler, who also happens to be freakishly strong, can be an absolute nightmare to deal with. Despite his strength and muscular physique, Hughes’ cardio was never an issue during his career.

The UFC’s former welterweight champion, Kamaru Usman, is an excellent example of a good balance between muscle strength and endurance. Usman has a muscular physique, and he’s powerful. However, he’s also known for being a cardio machine.

Despite some popular myths that suggest otherwise, you can simultaneously improve your muscle strength and endurance. Just don’t expect to be as big and strong as an Ironman competitor or think you’re going to have the endurance of a marathon runner. You won’t, but you don’t need all that, do you?

Developing bigger, stronger muscles comes down to consistently giving your muscles stimulation that breaks them down so they can be rebuilt stronger. You generally want to focus on exercises that you can only perform for about four to six reps.

Weightlifting is excellent for promoting strength since it allows you to add as many weights as you need to end up in the sweet spot for muscle growth. Some of the strength training exercises martial artists should add to their routines include:

Some of the exercises you can incorporate into your training to improve your muscle endurance include:

In this Kettlebell program package Matt D’Aquino will show you how to use kettlebells to develop your power, strength, explosiveness, core and grip strength to help you train at a higher intensity for longer! 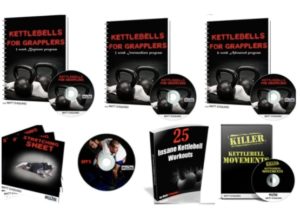